UI hosting composers from the
Universities of Iowa, Michigan, Indiana and CCM
The University of Iowa, School of Music Concert Hall

Originally written for the University of Iowa’s 24+24 concert, Ys was guided structurally by a simple trajectory of pitch material expansion. The first passages are restricted to C4; contrast is provided only by dynamics, rests, and two eighth-tones. As the piece progresses, further microtonal deviations are combined with rhythmic agitation to create a drive outward from C4, eventually allowing pitch differentiation to become the primary source of contrast. As expanded pitch material becomes the norm, however, the contrasting role returns to dynamics, rests, and microtones; air noise also provides contrast as material that sounds but is nearly devoid of pitch. 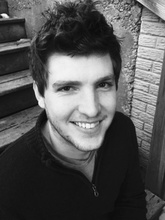 Paul Duffy (b. 1989) is a doctoral candidate in composition at the University of Iowa. He has studied composition privately with Josh Levine, Nomi Epstein, Lawrence Fritts, David Gompper, and Craig Weston, and has attended master classes with Michael Fiday, David Lang, Elainie Lillios, Louis Karchin, Augusta Read Thomas, and Caroline Shaw. His works have been performed recently at the Alba Music Festival, the International Computer Music Conference, and Electronic Music Midwest. 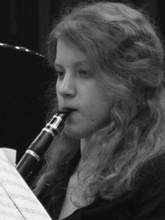 Christine Burke is a composer and clarinetist. She holds a Bachelor’s Degree in clarinet performance from Duquesne University, where she studied clarinet with Jack Howell and composition with David Stock. As a composer, her accomplishments include selection for the John Donald Robb Composers’ Symposium, Núcleo Música Nova’s International Symposium of New Music, the 1stPlace prize in the Pittsburgh Festival Orchestra’s Composition Competition, and performances at the Pittsburgh New Music Festival, Exchange of Midwest Collegiate Composers and the New Music on the Point and soundSCAPE festivals. Her music has additionally been performed by the NOW Ensemble, Cola Guitar Quartet, Kamrat?n Ensemble, and the Eclectic Chamber Laboratory Orchestra, among others.     Christine is currently pursuing a Master’s degree at the University of Iowa, where she has studied with Lawrence Fritts, Nomi Epstein, Josh Levine (composition) and Dr. Maurita Murphy Marx and Jorge Montilla Moreno (clarinet). She is on faculty at the Preucil School of Music as the instructor for the “Literature and Materials of Music" class.
Pained Memories
Spencer HAYNES (Indiana)
I. Final Curtain for the Cornfield
II. Breathing Down the House
Luke Acerra, violoncello

Pained Memories reflects on the psychological scars left by tragic events in one’s life. The piece’s development conveys the journey of a suffering individual making endless associations between events in everyday life and the tragedy itself. Thus, the opening motive represents the harmless event of an individual in a melancholic state of mind. As the piece progresses, this motive is transformed and expanded, reflecting the different ways in which this initial thought is associated throughout each aspect of the tragic event. This transformation also conveys the growing intensity of the individual’s anxiety as the memory becomes more and more real to them. As the first section comes to a close, this anxiety turns to a brutal sadness, as the tragedy overcomes the individual. Thus, when the individual once again returns to the original thought, the thought takes on a very numb and hollow character. From this numbness, the individual loses all control of their thoughts, and the torture of the tragedy takes over every aspect of their being. When this torture finally subsides, the individual is left to cope with the tragedy again. They do so by trying to embrace the life they had before the tragic event. This is represented musically by a brief, peaceful soliloquy. However, this peace is short lived. The individual opens their eyes to see a familiar world around them, but knows it will never be the same again. 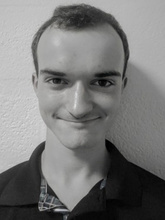 Spencer Haynes is an up and coming composer and pianist originating from outside Rochester, New York. His most notable compositions are his String Quartet, and Solo Cello work, Pained Memories. Currently, Spencer is a sophomore at Indiana University pursuing a B.M. in Music Composition studying under Aaron Travers.

I am [electric] is a realization of the intangibility of one's self . As humans, we've always thought of the self as an internal process, a source for everything we are..."I am", one of the shortest sentences in the English language, is also the most basic and indisputable piece of knowledge one can possess. We consider our identity to come from somewhere within, formed from the complex and unique "wiring" of the brain. At its core, the self is nothing more than data, receiving constant edits by electrical signals from synapses. If this is what it is to "be", then we are all electric. 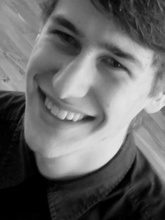 Stephen Karukas is a composer living in Bloomington, Indiana. He is a graduate of the Interlochen Arts Academy and a current undergraduate student at the Indiana University Jacobs School of Music, where he is pursuing dual degrees in percussion performance and music composition. He is inspired by improvisation and color, and he is currently focusing on exploring spectral and timbral concepts in a tonal context.

Concepts are instances of instability. Relativity of time might be a mean for expression or interpreted in a shape of visualized meaning. A musical gesture is an individual concept. However, it earns it’s meaning in relation to surroundings. Although abstract concepts can be presented in a variety of art forms, they may be identical. Suspended Notions is a sonic realization of visualized thoughts detached from time. Physical density forms musical expression, effecting dynamic, and orchestration, while time receives its essence from the realization of this density. 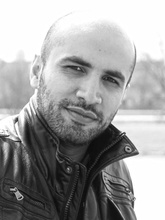 Nima Hamidi (b.1984) is an Iranian composer, improviser and music scholar. His music is the sonic representation of a visual imagination, integrating music perception and computation featuring unstable timbral spectra. Influenced by a diverse musical background that includes Iranian traditional music, his compositions are a temporal study of sound that conceptualizes a cultural auditory experience.

The title of this piece seems to evoke some sort of existential brilliance, but I promise you, its origins were quite basic. See, percussionists spend hours of their lives with their snare drums, playing rudiments, learning solos, practicing techniques - and eventually, this makes them all go a little bit insane. So one day, one of these insane drummers stepped out of his practice room after a long - but not nearly long enough - practice session, and he began to personify his drum: "I think my snare drum wants me to practice a little more", to which another insane percussionist replied, "I don't think the snare drum thinks." And it was such a perfectly ridiculous title that I couldn't not use it.
This piece was commissioned by and written for Wade Selkirk, the originator of the title, a wonderful percussionist, and - believe it or not - a surprisingly great karaoke performer. 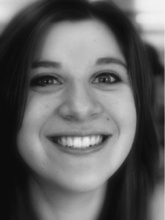 Marissa DiPronio is a pianist and composer currently living in Cincinnati, OH and pursuing a doctorate of musical arts in composition at the Cincinnati College-Conservatory of Music. Primarily a composer of percussion music, her works have been commissioned and performed by notable percussionists across the U.S. and Central America. Compositionally she is fascinated by the timbral possibilities of percussion instruments and explores these possibilities both by employing new and extended techniques for performers and by electronically processing percussion instruments in various ways. She is currently serving as teaching assistant in the computer music department at CCM, where she teaches introductory courses in electronic music and regularly performs with the laptop ensemble.

The inspiration for this piece comes from a line in the poet David Whyte’s “The Sea In You”, in which a man compares the aspects of his sleeping wife to those of the sea. 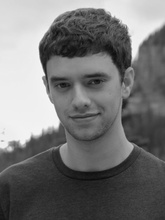 Andrew Posner is currently pursuing a Master of Music in Composition at the University of Michigan, where he studies with Evan Chambers. He previously studied with Kristin Kuster and Bright Sheng. Andrew completed his undergraduate degree at the Peabody Conservatory of the Johns Hopkins University in the studio of Kevin Puts. In addition to creating music, Andrew studies and practices mindfulness and secular Buddhist meditation. If you would like to listen to more of his music, please visithttps://soundcloud.com/andrew-posner-composer.

"Septa Thresholds" means "seven doors," thus the title of this piece is referring to seven different interpretations, possibilities. This piece is loosely related to Belà Bartok’s one-act opera, Bluebeard's Castle in that the titles of certain movements are shared with Bartok’s opera—“A House of Weapons,” “A Storehouse of Riches,” “A Secret Garden of Great Beauty,” “A Window,” “A Lake of Tears,” “Dawn, Midday, Dusk, and Night.” The piece explores timbral possibilities for combining melodica and string quartet. 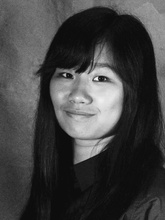 Huijuan Ling (b. 1990) is a Chinese composer of contemporary concert music whose work has been performed throughout China and the United States. In 2011, she won the Distinguished Work in Experimental Music Award from the Shanghai Conservatory of Music (SCM). In 2014, she graduated from SCM with the highest distinction and received funding from SCM and city of Shanghai to study at the University of Cincinnati College-Conservatory of Music as a Visiting Scholar for one year. Huijuan is currently pursuing her MM at CCM, studying with Michael Fiday. Her past teachers include Douglas Knehans, Miguel A. Roig-Francoli, Guohui Ye, Guang Zhao, Ying Ding.

Written for the Donald Sinta Quartet in 2014, Hell or High Water is music rife with diabolical motives and hellish figures. Sinewy harmonies and a constant, pulsating rhythmic undercurrent drive the four saxophonists to a stinging finish, come hell or high water… 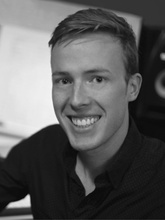