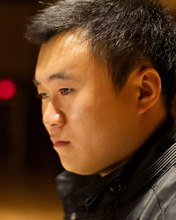 Hongwei Cai (b.1988), a Chinese composer and pianist, is currently a Ph.D. candidate in music composition at the University of Iowa, where he holds a teaching assistantship with the Center for New Music. He has composed for various ensembles, and his works have been performed by the University of Cincinnati Collage-Conservatory of Music Chamber Orchestra, the University of Iowa Center for New Music, and the JACK Quartet. He has been active as both a composer and a pianist in the Midwest Composers’ Symposium, the Exchange of Midwest Collegiate Composers, and for Composers’ Workshop concerts at the University of Iowa. Hongwei Cai received his MM degree in composition at Oklahoma City University and a BM degree in composition from Shenyang Conservatory of Music (China). His teachers have included David Gompper, Josh Levine, Edward Knight, and Shenglin Jiang (China). 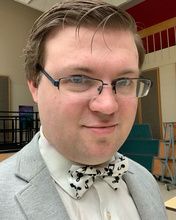 Stephan Carlson (b. 1990) is a composer from northern Illinois. During his undergraduate studies at Elmhurst College his Music Theory III course’s final project— a composition in the lieder-style of the German romantics— was received so well that his professor slated it to be performed in that years composition recital. Following this Stephan changed his major from music education to composition, and had upwards of twenty other pieces performed by musicians at Elmhurst College— including several performances across the country and in Canada by the Elmhurst College Concert Choir.
During his graduate studies at Northern Illinois University, Stephan began to explore modern music more deeply— with a special interest in the post-traditional devices and structures used to conceptualize and organize 20th and 21st century music. During this time he also acquired a special interest in the musicological and ethnomusicological implications for the prevalence of particular musical idioms among societies and people groups. His thesis composition for his M.M.— The 500-Year Liturgy, a cantata for mixed chorus, strings, and percussion— was an experimental simulation of a culture’s musical evolution over a five-hundred year period. Stephan is now working on his Ph.D. at the University of Iowa, where he hopes to take these interests further and balance them with a greater mastery of technical skill.
Stephan’s music has been performed in North America, in Europe, and in the Pacific Islands. His music has been used in competitions by musicians ranging in age and skill from high school through to professional ensembles. Some of his music is available for purchase from Alfred Music. 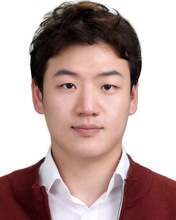 Sanggeun Choi (b.1987) is a Korean composer. His primary identity for music is based on Korean traditional musical themes and materials, which shows an aesthetic sense in Korean music, using Western musical techniques. In 2012, he won the second prize in the most prestigious music competition, the 38thJoongang Music Concours in South Korea. Sanggeun especially stood out as an orchestra arranger in the Korean National Police Orchestra where his many orchestration works were performed in the Blue House, the Korean presidential residence, in the events of the national celebrations or state banquets. Sanggeun’s musical scope has gone out into the international stage. In 2016 and 2017, he was invited by the Korean Consulate General in Boston and the embassy of the Republic of Korea in Oman as a composer and pianist, and performed his works. In 2018, he presented “Arirang Fantasy” at the Vibration for Visualized Sound Concert in the United Kingdom, and it was broadcast on a documentary program of BBC Radio. Sanggeun is currently pursuing his PhD degree in music composition at the University of Iowa with Dr. Sivan Cohen Elias and Dr. David Gompper. He holds the master of music degree in composition from Mannes School of Music The New School in New York City where he studied with Dr. Paul Moravec. 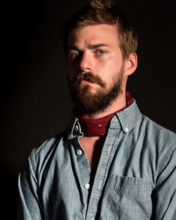 Gregory Rowland Evans is an award winning composer and cellist. Mr Evans attended the University of Cincinnati College-Conservatory of Music from 2013-2017, receiving a BM with a double major in both Cello Performance and Music Composition where he studied cello with Lee Fiser and composition with Ellen Harrison, Mara Helmuth, and Joel Hoffman. From 2017-2019, Gregory attended the Frost School of Music, where he studied with Juraj Kojš and Charles Mason, receiving a MM in Digital Arts and Sound Design. He is currently pursuing a Ph.D. in music composition at the University of Iowa. His music has been performed throughout the United States and Canada. 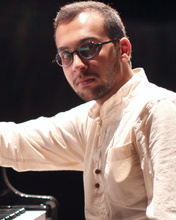 Vahid Jahandari is an award-winning composer of acoustic and electronic music with projects ranging from concert works to interdisciplinary and film scores. Jahandari's works have been performed and recorded in the United States, Europe, Asia and the Middle East, and he has received awards including first prizes at 2Agosto and Pejman competitions for his orchestral and chamber music, as well as the winner of PUBLIQ Access. Vahid's music has also been selected and performed at numerous festivals including ISCM World Music Days in Estonia, World Saxophone Congress in Croatia, South by Southwest, SEAMUS at Berklee, International Saxophone Symposium at GMU, SPLICE at WMU, Electroacoustic Barn Dance at JU, EMS60 at UIUC, ElectroAcousticMiniFest at WSU, Electronic Music Midwest, West Fork New Music Festival, EE+F at UT, Fusebox Festival, Sound In Sculpture, LaTex Festival, EARS and many more. 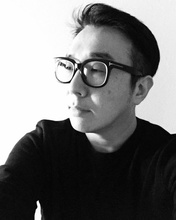 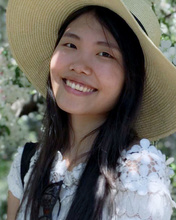 Wenxin Li is a native of Chongqing, China, and is currently pursuing her PhD degree in composition at the University of Iowa, studying with Sivan Cohen Elias. She received her master’s degree in composition from the University of Wisconsin-Madison, and bachelor’s degree from Sichuan Conservatory of Music. Wenxin’s works have been selected for Midwest Graduate Music Consortium, SCI Student National Conference, FSC New Music Festival, Midwest Composers Symposium and Caroga Lake Music Festival, and have been performed by JACK Quartet, Accroche Note, Cygnus Ensemble, Western Percussion Ensemble and Sound Out Loud Ensemble. 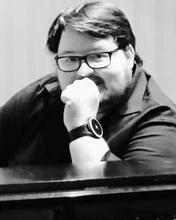 Matt Mason (b. 1994) is a composer, pianist, and educator from Illinois. He holds a Master of Music in Piano Performance and Music Composition from Butler University. His compositions represent an intersection of poetry, theater, and music creating a psychogramm where melodic, harmonic, and intervallic elements are dictated by tense constellations and brooding undertones. These oft-serious elements sharply contrast Matt’s often effervescent personality. Besides performing and composing, Matt has also appeared as a conductor, accompanist, and vocal coach for several music theater companies throughout the midwest. Highlight performances of his works include a German premier of his “Heiligenstadt Echo” by pianist Susanne Kessel for the international 250 Pieces for Beethoven project, a performance with New York clarinetist Thomas Piercy, a commission with Out of the Box Duo, and a live concert broadcast on WQRT radio. 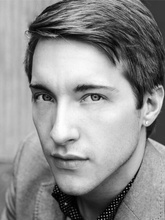 Zachery S. Meier (b. 1992), from Duluth, MN, is a composer currently living in Iowa City, Iowa. Prior to his arrival in Iowa, Meier has studied composition at Washington State University and the University of Minnesota. As a composer, Meier has written for a wide range of ensembles and soloists that have been featured internationally and locally. His music has been heard in venues and festivals throughout the United States, Canada, and Vietnam, and has received a guest spotlight recognition for MPR’s Regional Spotlight Showcase. He was selected as a participant in the 2017 National Band Association’s Young Composers/Conductors Mentor Project, where the United States Air Force Band performed his wind ensemble work, Reigniere. Meier is currently pursuing a PhD at the University of Iowa as a graduate teaching assistant where he is studying with David Gompper. Along with his studies at the University of Iowa, his additional composition mentors include Josh Levine, Ryan Hare, Scott Blasco, Gregory Yasinitsky, and Justin Rubin. 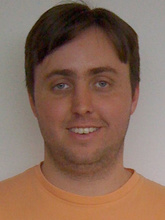 Kris Peysen is a composer currently pursuing a Ph.D. in Music Composition at the University of Iowa. He holds a Bachelor of Music degree from the University of North Texas and a Master of Music degree from the University of Louisville, both specializing in composition. His works have been performed by Voices of Change, the Unheard-of Ensemble, Invoke, the Out of Bounds Ensemble, saxophonist Erin Rogers, and members of the Beo String Quartet.
​His music is typically rhythmically active, formally inventive, orchestrationally vivid, and harmonically a mix of tonal and non-tonal elements. Influences range from classical composers such as Stravinsky, Beethoven, Shostakovich, and numerous others to progressive rock bands such as Tool, Anglagard, and The Mars Volta. His music often strives for a synthesis of these disparate elements.
For more information, visit his website at www.krispeysen.com. 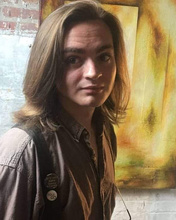 Trinton Prater is an American composer, pianist, vocalist, percussionist, and producer who is actively expressing and pursuing realism and humanity through music. Prater specializes in theatrical, chamber, and cross-over music, with interests spanning from popular music to the avant garde. His recent releases include video opera, Chimera Jones and the Planet Where You Can Only Be One Thing, which was nominated for the Hines Award for Outstanding Undergraduate Research in the Arts, Piano Sonata no. 1: G Minor, played by Carnegie Hall performing pianist, Tracy Xian, and artpop album, Fifteen Weeks, which Prater composed and produced. Trinton Prater graduated from LaGrange College in 2019 with a Bachelor’s of Music in Composition and Music Technology. He is currently pursuing a Master’s of Arts in Composition from the University of Iowa. 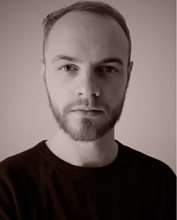 Mark Rheaume (b.1990) offers an array of compositions, poetics, and research that integrate ideas both foreign and intimate. His works, ranging from symphonies to haiku, seek the purity of efficient design and the clarity of efficient delivery. 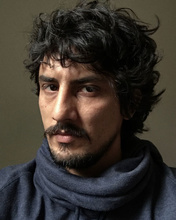 Ramin Roshandel (b.1987, Iran) started studying the setar (an Iranian classical music instrument) at the age of 14. He completed his Bachelor’s in Iranian Music Performance at the Tehran University of Art, and his Master’s in Music Composition at the University of Tehran. In the first and the second year of his PhD in composition at the University of Iowa, he worked with Josh Levine and Sivan Cohen Elias. He’s currently working with David Gompper in his third year. Ramin's pieces have been performed in New Music On the Point festival, MCS (Midwest Composition Symposium), EMCC Festival of New Music (Exchange of Midwest Collegiate Composers) and read by the JACK Quartet and UI Kantorei. Also, two of his papers on Hossein Alizadeh’s Neynavâ and Elliott Carter’s Dialogues have been published in Persian journals. 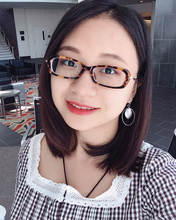 Geng Zhang (b.1993) is a Chinese composer, first year PhD student in composition at the University of Iowa，studying with Dr. Sivan Cohen Elias. She received her master’s degree in composition from Manhattan School of Music, studied with Dr. Reiko Fueting, and received bachelor’s degree from Shanghai Conservatory of Music.