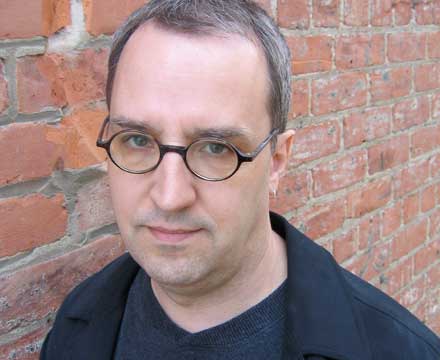 Water music, essentially. Some of the music is wet, liquid – some dry as a stone. The pulse like a river – straight, steady, but with abrupt twists, turns. You hear the same music 3 times (but never the same – can’t step in the same stream twice…) followed by an extended afterthought. Originally composed for Arnold Marinissen.

Nine Haiku
are a set of varied musical reflections on texts by Basho. Haiku pose a paradox in terms of scope, their concise forms revealing an entire world within. In keeping with this, some of the reflections are as long as 3 minutes, others barely 30 seconds. I chose the texts, then arranged them in a specific order based on subject (birds, moon, bells), framing them by two outer texts suggesting the beginning and end of a life journey. The first setting does make use of an actual rice planting song (Ta-ue-uta), which recurs from time to time. The last haiku is significant in that it is Basho’s “death poem” – the last haiku he ever wrote. 9 Haiku was originally composed for Eleonore Pameijier and Marcel Worms as part of their ‘6 Continents Project’.

Hands On!
was originally composed in 1993 for the Dutch percussion ensemble Slagwerkgroep Den Haag, who premiered it in a series of “stokkenthuis” concerts in which the players were forbidden to use drum sticks. All 4 players play the same instruments: congas, bongos, tambourine, hi-hat cymbal – all instruments usually played with either hands or feet. In addition, two of the players share a vibraphone, which is also played by the hands instead of with the customary mallets. The vibraphone functions entirely as a ‘resonance’ instrument, it’s occasional entrances always masked by sharper, louder playing on other instruments – like momentary shades of blue peeking out behind a backdrop of darker, more aggressive lines. As the work unfolds the vibraphone also reveals a thin strand of a chord progression – all in the context of what is basically a rhythm-based music. Certain aspects of Hands On! were inspired by surface features of both Indian and West African drumming. The work was composed under the auspices of a Fulbright grant, and is dedicated to Louis Andriessen.

Michael Fiday’s music has been commissioned and performed extensively throughout the United States, Europe and elsewhere by a diverse range of performers such as Atlanta Symphony, American Composers Orchestra, Oakland East Bay Symphony, Percussion Ensemble of The Hague, pianists James Tocco and Marc-Andre Hamelin, and electric guitarist Seth Josel. His principal teachers in composition have included Richard Toensing at University of Colorado, George Crumb at University of Pennsylvania, and Louis Andriessen, with whom he studied in Amsterdam under the auspices of a Fulbright Grant. Mr. Fiday is the recipient of numerous awards, grants and residencies from, among others, BMI, ASCAP, American Composers Forum, Virginia Center for the Creative Arts, The MacDowell Colony, Yaddo, Headlands Center for the Arts, and the Ohio Arts Council. He is currently Associate Professor of Composition at the College-Conservatory of Music at University of Cincinnati.

…entrapercevoir…
roughly translated as "to catch a glimpse of" or "between perceptions,” is a work that focuses on the methodical transformation of the harp sound and its ramifications, where as the rest of the ensemble serves as an amplifier of such discourse while forging its own path and identity. The initial idea was inspired by Francis Bacon’s paintings concerning ways of disfiguration, saturation, and the violence of expression. The work thus can be heard as glimpsing a painting through layers of translucent screens. As the observer slowly approaches, more layers are unveiled. Yet the original accustomed image becomes more and more distorted to the point of being unrecognizable, as the observer is overwhelmed by the sensation of the colored surface and is immersed only within the grains and the brush strokes. The original version of this work was written in 2013 for the ECCE ensemble and was premiered at the Etchings Festival in France. I would like to specially thank Ms. Mélanie Genin for her tireless efforts and input during the revision process. 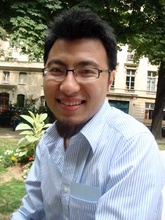 Mr. Lin completed his MM and DMA in composition with scholarship at The Juilliard School under the guidance of Milton Babbitt. Currently he serves as the Co-Artistic Director and pianist of the ECCE Ensemble in New York.

Stockhausen was 23 years old when he composed this piece, scoring it for oboe, bass clarinet, piano and three percussionists. He conducted its premiere performance (Darmstadt, 1952), which ended in a scandal. The structure of the piece, consisting of three “stages,” the processes set in motion (clearly and precisely indicated in Stockhausen’s introduction) were evidently too new, too revolutionary. Now, 60 years later, Kreuzspiel is played the world over, from Tokyo to Sao Paulo to Lucerne, as a standard piece in the repertoire of modern classics. The work consists of an interplay, a “crossing” or “intersecting” of “temporal and spatial processes” which are “simultaneously linked” in the third stage.