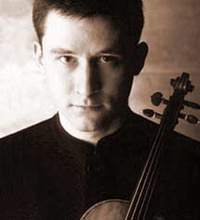 At the age of eight he was admitted to the Musikhochschule Vienna. There he studied for many years with Rainer Kuechl, the leader of the Vienna Philharmonic Orchestra. During that time he won the Competition of the University of Music Vienna "Foundation Stefanie Hohl" as well as prizes at the "Kulenkampff" International Violin Competition Cologne, Germany and at the International Music Competition Pretoria, South Africa. Later he continued his studies at the Conservatory Berne with Igor Ozim and at the Guildhall School of Music in London with Yfrah Neaman.

Since 1998 Wolfgang Sengstschmid plays a violin from Joseph Guarneri del Gesu, Cremona 1731, given as a loan by the Austrian National Bank. In 1991 he performed with the Vienna Chamber Orchestra in The Musikverein Hall Vienna and after that he gave concerts in all major halls of Austria such as Musikverein Hall Vienna, Konzerthaus Vienna, Stefanien Hall Graz, Konzerthaus Klagenfurt, Brucknerhaus Linz and at the festivals Klangbogen Vienna and Carinthian Summer as well as in the United States, South Korea, India, Turkey, Egypt, Israel, and many countries of Europe. He performed as a guest soloist with the Tonkuenstler Orchestra Vienna, the Vienna Chamber Orchestra, the Berne Symphony Orchestra, the Brno Philharmonic Orchestra, the Sofia Opera Orchestra and the Kiev Chamber Orchestra.

Since 1998 Wolfgang Sengstschmid is teaching at the University of Music, Vienna. 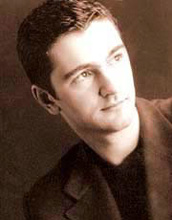 Daniel Grimwood (b. 1976) was awarded a scholarship to The Purcell School in London in 1987, studying piano under Graham Fitch; violin and viola under Sybil Copland and Elspeth Iliff; and composition under the late Tim Stevenson. In his final year he was Head Boy at the school. In 1994 he studied piano under Vladimir Ovchinnikov, and has subsequently been awarded scholarships to Masterclasses with Gunther Reinhold, Nina Svetlanova and Peter Feuchtwanger, under whom he currently studies.

Daniel was Best Accompanist at the 1996 TWIYCA Competition and was a featured artist in the 1995 BBC Radio 3 Young Artists' Forum.

During the last 18 months Daniel has given recitals at Hurstwood Farm alongside Ovchinnikov, at London's Wigmore Hall for the Maisie Lewis Foundation, and at the Symphony Hall, Birmingham and the Bridgewater Hall, Manchester. He has recently given concerts at The British Council, Amsterdam, and the British Embassy, Den Haag under the auspices of the Anglo-Dutch Piano Platform.

Other venues at which Daniel has performed include The Queen Elizabeth Hall, The Bishopsgate Hall and The Purcell Room (all in London); The Rachmaninoff and Gnessin Halls (Moscow); and various venues in Germany, France, Switzerland, Austria, Italy, Lebanon, Russia and Estonia.