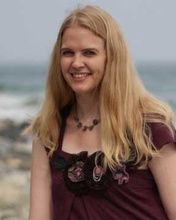 Concert pianist Oni Buchanan brings grace and intensity to an incredible range of piano literature, from exceptional music by women composers of the 21st century, to French music ranging from Couperin, Fauré, Ravel & Messiaen, to the works of such established masters as Bach, Beethoven, Schumann, Prokofiev, and Bartók. A published poet as well as a pianist, Ms. Buchanan's concert programming is often interdisciplinary in nature, directly engaging the intimate connections between the arts. Maximizing her wide-ranging repertoire interests, she frequently programs adventurous contemporary works alongside established repertoire, bringing music from disparate centuries into fascinating and enlightening conversation. Ms. Buchanan has performed solo recitals in major cities throughout the U.S., as well as internationally in Brazil, Argentina, Uruguay, and Canada. Her discography includes three solo piano CDs on the independent Velvet Ear Records label, with a fourth CD scheduled for release on the Cachuera label in late January 2013. 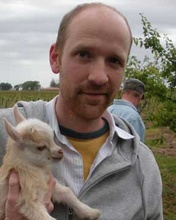 Poet Jon Woodward was born in Wichita, KS, and has lived in Denver and Fort Collins, CO, as well as Boston and Quincy, MA, where he currently resides. His books are Uncanny Valley (Cleveland State University Poetry Center), Rain (Wave Books), and Mister Goodbye Easter Island (Alice James Books). Other recent projects include a 40-foot-long Möbius strip poem, called "Mockingbird," which was typed on adding machine tape; a suite of time-dependent visual poems called "Poems to Stare At;" and an ongoing poem called "Copyleft," to which quatrains are added at the rate of one per day. He works at the Harvard Museum of Comparative Zoology, where he specializes in digital imaging and a variety of other curatorial activities.

In this program (a newly-commissioned concert-length piece by composer John Gibson), the piano performance of Oni Buchanan joins and reflects the spoken text of the poem "Uncanny Valley" as performed by its author, poet Jon Woodward. "Uncanny Valley" is a long serial poem in 16 sections, meant to be read out loud, with numerous optional repeats throughout the text. These repetitions act as accumulations of sound, maddening as well as hypnotic, and Gibson's piece provides a sonic environment in which they can truly blossom. Although the pacing is determined by the two performers, the musical specificity of each section (from Morse code to sine waves to jazz to a brief quote of Schumann) reflects the poem text in ever-different ways. Digital samples triggered by the reader enmesh the piano and spoken text, haunting the music with echoes of itself. Extending outward from the phenomenon of "semantic satiation" (whereby a single word loses all apparent meaning and identity when repeated for even a short duration), this program investigates whether or not the same satiation is possible with phrases, sentences, pairs of verse lines, or musical forms.

In 1970, roboticist Masahiro Mori coined the term "uncanny valley" to describe the emotional and empathic chasm between humans and imperfect human simulacra, a gap created by their imperfection. This program searches out what is most uncanny, and most human, in both language and music. 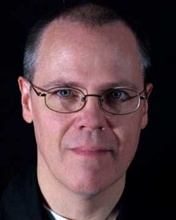 John Gibson's acoustic and electroacoustic music has been presented in the US, Canada, Europe, South America, Australia, and Asia. His instrumental compositions have been performed by many groups, including the London Sinfonietta, the Da Capo Chamber Players, the Seattle Symphony, the Music Today Ensemble, Speculum Musicae, Ekko!, and at the Tanglewood, Marlboro and June in Buffalo festivals. Presentations of his electroacoustic music include concerts at the Seoul International Computer Music Festival, the Bourges Synthèse Festival, the Brazilian Symposium on Computer Music, the International Biennial for Electroacoustic Music of Sao Paulo, Keio University in Japan, the Third Practice Festival, the Florida Electroacoustic Music Festival, and several ICMC and SEAMUS conferences. Among his grants and awards are a Guggenheim Fellowship, a Charles Ives Scholarship from the American Academy and Institute of Arts and Letters, two ASCAP Foundation Grants, and the Paul Jacobs Memorial Fund Commission from the Tanglewood Music Center. Recordings of his music appear on the Centaur, Everglade, and SEAMUS labels. Gibson holds a Ph.D. in music from Princeton University, where he studied with Milton Babbitt, Paul Lansky, Steven Mackey, and others. He writes sound processing and synthesis software, and has taught composition and computer music at the University of Virginia, Duke University, and the University of Louisville. He is now Assistant Professor of Composition at the Indiana University Jacobs School of Music.