The Center for New Music 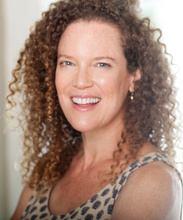 Playing the flute in the New Hampshire Youth Orchestra and the New England Conservatory Youth Chamber Orchestra as a teenager was a formative experience for Anna Weesner, nourishing a love of music that had begun with Suzuki method violin lessons at the age of five. Daughter of a fiction writer and a music teacher, composition was a natural discovery in high school and college. Anna maintains a lifelong relationship with the radio and the presets in her car are heavy on pop. Her recent output includes a set of songs called My Mother in Love, commissioned by Cygnus Ensemble for which she also wrote the text, and The Eight Lost Songs of Orlando Underground for clarinet quintet commissioned and premiered by the Lark Quartet with Romie de Guise-Langlois. Winner of a 2019 Independence Foundation Grant, the 2018 Virgil Thomson Award in Vocal Music as well as an Academy Award from the American Academy of Arts and Letters, she is also the recipient of a 2009 Guggenheim Fellowship and a 2003 Pew Fellowship in the Arts. She has been in residence at MacDowell, the Virginia Center, Weekend of Chamber Music, Songfest, Seal Bay Festival, the Wellesley Composers Conference, and Civitella Ranieri. Her music has been performed extensively by chamber groups, including the Daedalus Quartet, Prism Saxophone Quartet, Dolce Suono Ensemble, Peggy Pearson and Winsor Music, and Network for New Music, among others. She studied at Yale (B.A.) and Cornell (D.M.A.) and is the Weiss Professor of Music at the University of Pennsylvania. 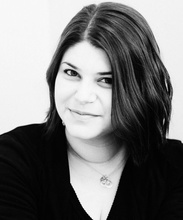 Composer Alyssa Weinberg (b. 1988) is best known for crafting visceral, communicative scores, which have been lauded for their “frenetic yet cohesive musical language” (icareifyoulisten) and “heavyweight emotional dimension” (backtrack). Alyssa finds collaboration deeply inspiring, and her music pulls concepts from her work with writers, dancers, and visual artists. A natural organizer and thought leader in her field, Alyssa founded duende, a series for experimental dance in Philadelphia, along with cellist Gabrial Cabezas and dancer/choreographer Chloe Perkes in 2013. Duende presents events in a variety of setting and alternative venues, emphasizing equality between movement and music with a deep exploration into the intersection of those two disciplines. Alyssa Weinberg’s 2019–20 season includes premieres and performances by Alarm Will Sound, the Momenta Quarete, and Pathos Trio. Her music has been commissioned and performed by some of the most accomplished artists and ensembles around the world, including Eighth Blackbird, So Percussion, yMusic, and the Aizuri Quartet, as well as the Minnesota Orchestra, Sandiego Symphony, Louisville Orchestra, and the New Jersey Symphony Orchestra. Alyssa has received commissions and awards from Chamber Music America, FringeArts, and the Pennsylvania Ballet, the Barnes Foundation, and the Curtis Institute of Music. Alyssa Weinberg received an Artist Diploma from the Curtis Institute of Music, an M.M in composition from the Manhattan School of Music, and a B.M. in composition and theory at Vanderbilt University. Her teachers have included Richard Danielpour, Donnacha Dennehy, David Ludwig, Steve Mackey, and Dan Trueman. Weinberg is currently a doctoral fellow at Princeton Universi 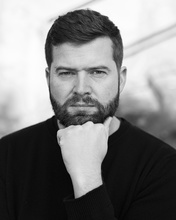 Christopher Stark (b. 1980, St. Ignatius, Mont.) is a composer of contemporary classical music deeply rooted in the American West. Having spent his formative years in rural western Montana, his music is always seeking to capture the expansive energy of this quintessential American landscape. Stark, whose music The New York Times has called, “fetching and colorful,” has been awarded prizes from the John Simon Guggenheim Memorial Foundation, the Fromm Foundation at Harvard, Chamber Music America, ASCAP, and the Barlow Endowment. Named a 2017 “rising Star” by the St. Louis Post-Dispatch, his music has been performed by such ensembles as Alarm Will Sound, Los Angeles Philharmonic, America Composers Orchestra, BIT20 Ensemble, Left Coast Chamber Ensemble, Momenta Quartet, Unheard of//Ensemble, No Exit New Music Ensemble, and the New Morse Code. In 2012, he was a resident composer at Civitella Ranieri, a fifteenth-century castle in Umbria, Italy, and in June of 2016, he was awarded a residency at Copland House. Recent highlights included performances at the 2016 Santa Fe Chamber Music Festival and at the Whitney Museum of American Art as part of the 2016 NY Phil Biennial. In 2018, he was in residence in Bergen, Norway, where he worked with musicians from the Bergen Philharmonic, and in 2020, he was in residence at the Bogliasco Foundation in Italy as the Aaron Copland Fellow in Music. His score for the geature-length film, “Novitiate,” premiered at Sundance in January of 2017 and was theatrically released by Sony Pictures Classis. His debut CD, Seasonal Music, was released in 2019 on Bridge Records.