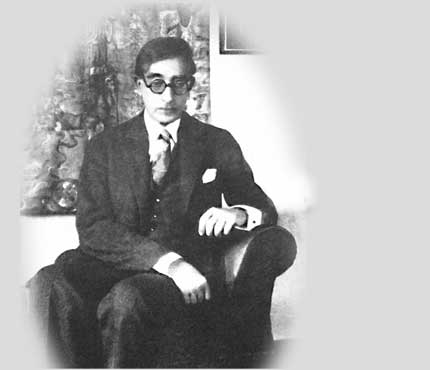 C.P. Cavafy and Music
An Evening of Songs and Reflections

A program of Cavafy songs by Greek, American, and French composers, some well-known and some never performed before.

The program brings together the two most popular areas of modern Greek culture, music and poetry. Although Cavafy's poems notoriously resist being set to music, composers have found the challenge irresistible. This program examines the challenges presented by the poetry and the diverse musical idioms that have been used to turn it into art song. 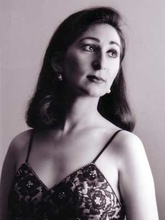 The Greek mezzo soprano Alexandra Gravas possesses the unique gift to make her recitals a deep, almost bodily experience for her listeners, as each composition is interpreted down to the finest nuances with a voice that changes effortlessly from one scale of musical expression to the next, tender, strong, dramatic, soft, with a fine sensitivity for the potential of each song. Louis de Bernieres ( Captain Corelli's Mandolin) writes in his foreword to the "Coasts of Spirits" programme, Alte Oper Frankfurt: "Alexandra knows that it is about communication, and she dedicates herself to communicating with all of us, disdaining the barriers of language and culture that the world has unkindly strewn in our path… I have the feeling that music comes not from her, but through her from somewhere beyond. She is among those who have been picked out as one of life's messengers."

Alexandra Gravas was born and grew up in Germany. She had the opportunity to grow up in two very different cultures: at school German classical music, at home Greek songs by Theodorakis, Hadjidakis and others. She feels her identity is that of a European with a Greek heart. Alexandra studied musicology, philosophy and German literature at the University of Frankfurt, voice with the London-based Miss Loh Siew Tuan and has taken master classes with Dame Vera Rosza and Sarah Walker.

An impressively wide repertoire is at Alexandra's command: opera roles, oratorio solos, classical song,. As a spirit wide open to every kind of music, she lends her exquisite voice to most different styles. Her Greek roots have played a significant part in her career. The performance of Greek contemporary composers form an essential part of her recital programmes, alongside the German, French, Italian and English repertoire. She has premiered works by internationally acclaimed composers like Demosthenes Stephanidis, Mimis Plessas, Alexandros Karozas, Francis James Brown, George Tsontakis, Achim Burg, Harue Kunieda, Constantine Caravassilis, Dante Borsetto, Jonnusuke Yamamoto and Otto Freudenthal. The Greek composer Mikis Theodorakis chose her to sing the premieres of his symphonic songs RAVEN, EROS KAI THANATOS and "Les dix Eluard". She has sang the German and British premieres of the rarely performed 16 Nikos Skalkottas songs in Germany and London.

Her recordings incl. the symphonic work "Raven" by Mikis Theodorakis with the State Academic Cappella of St. Petersburg, conducted by the composer, OPERA by Dante Borsetto, Hommage a C. Cavafy and The Dream of Icarus by Alexandros Karozas, conducted by Richard Williams, Das Wort alter Steine and Unstete Wege by Achim Burg, "Bitter Tears" by Demosthenis Stephanidis, which won the Tomos Contemporary Music award in the USA. 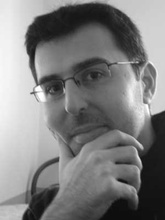 Pantelis Polychronidis is a collaborative pianist, educator and scholar, who performs regularly in both Europe and the US. He is currently on the Piano Faculty at the Institute for the International Education of Students (IES), Vienna and a Visiting Scholar at the Modern Greek Program of the University of Michigan.

He received his Bachelor in Musical Studies from the University of Athens with emphasis on ethnomusicology and historical musicology. He obtained his M.A. in Solo Piano and Collaborative Piano from Bowling Green State University, Ohio. He went on to obtain a Doctorate of Musical Arts (DMA) from the University of Michigan, where he studied with Martin Katz. During his U.S. studies Polychronidis was supported by a Fulbright and an Onassis scholarship. He is completing two Postdoctoral Programs at the University for Music and Performing Arts in Vienna, in Lied accompanying and Chamber music, with Charles Spencer and Roswitha Heintze respectively.

He has participated in numerous masterclasses and workshops, with such renowned artists as Lazar Berman, Paul Badura Skoda, Nikolai Petrov, Helmut Deutsch, Graham Johnson, Wolfram Rieger, Rudolph Jansen, Margo Garrett, Erik Schneider, Roger Vignoles and others. He has been in demand as a collaborative pianist and coach, and has performed in Austria, Germany, Greece, Holland and the U.S. His current major project is an evening long recital with settings of C. P. Cavafy poems by several composers, which will take place on six U.S campuses in April 2012.