Richard Causton (U of Cambridge) and Zoë Martlew (London)

Oliver Knussen’s concise and effervescent Eccentric Melody occupies a small but important place in the solo cello repertoire, and would enliven any recital. Composed as a double tribute – for cellist Fred Sherry, in his 50th birthday year, to play to Elliott Carter on his 90th birthday.

Songs Without Voices is a collection of short, self-contained compositions for flute, cor anglais, clarinet, horn, violin, viola, cellos and piano. Over the past few years I recovered an old enthusiasm for writing songs, and it occurred to me to try to apply this to the instrumental sphere. Three of the present pieces are, literally, songs without voice – that is, a complete poem is ‘set’ syllable for instruments in the course of a movement; and one is from a more private lyrical impulse – a cor anglais melody written upon hearing of the death of Andrzej Panufnik, a person I much admired. I hope it won’t be thought coy if I allow the music to speak on its own terms apart from those few indications of stimulus. I began composition in Aldeburgh in October 1991 and completed it in New York in April 1992, when it was first performed by the Chamber Music Society of Lincoln Center, which commissioned Songs Without Voices as part of the Elise L. Stoeger Composer’s Chair Award. It is doubly dedicated to Fred Sherry (cellist and then Artistic Director of the Society) and to Virgil Blackwell for this fiftieth birthday. 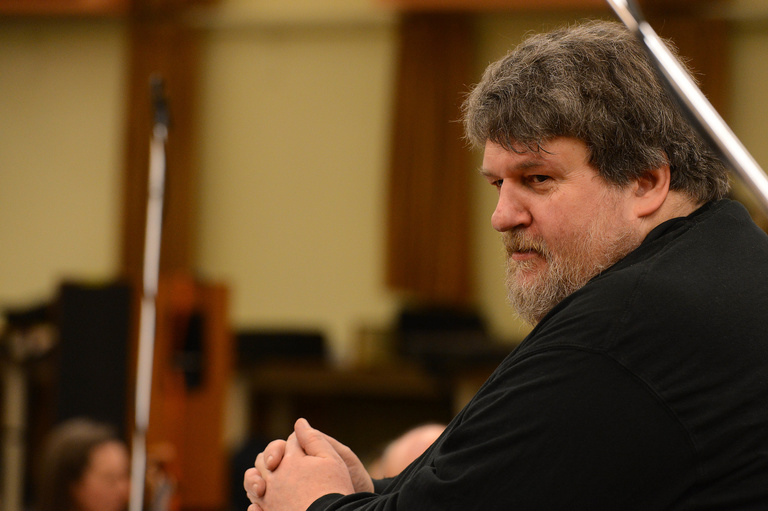 Oliver Knussen (1952-2018) studied composition with John Lambert in London and Gunther Schuller at Tanglewood. He was just fifteen when he wrote his First Symphony (later conducting its premiere with the London Symphony Orchestra) whilst his Third Symphony (1973-9), dedicated to Michael Tilson Thomas, is now widely regarded as a twentieth-century classic. A number of dazzling ensemble works, including Ophelia Dances (a Koussevitzky centennial commission, 1975) and Coursing (1979), cemented Knussen’s position at the forefront of contemporary British music.

In the 1980s, Knussen collaborated with Maurice Sendak on an operatic double-bill – Where the Wild Things Are (1979-83) and Higgelty Pigglety Pop! (1984-5, rev. 1999). Originally produced by Glyndebourne Festival Opera, these works have been performed extensively in both Europe and the USA and have been recorded on CD and video.

Knussen’s ebullient concert opener Flourish with Fireworks (1988) quickly entered standard orchestral repertoire, as did his concertos for horn and violin. The latter, written in 2002 for Pinchas Zukerman and the Pittsburgh Symphony, has received close to 100 performances worldwide under conductors including Barenboim, Dudamel, Eschenbach and Salonen. Recent works include Ophelia’s Last Dance (2010) for piano, Reflection (2016) for violin and piano and O Hototogisu! for soprano, flute and ensemble. Knussen’s music was the subject of a BBC Symphony Orchestra ‘Total Immersion’ festival at the Barbican in 2012 – one of many events organised to celebrate his 60th birthday.

As one of the foremost composer-conductors in the world, Knussen was renowned for his unfailing advocacy across a wide range of contemporary music.  He recorded prolifically and presided over numerous premieres, including important works by Carter, Henze and Anderson. Recipient of the Royal Philharmonic Society’s Conductor Award in 2009, he was Artist in Association with the BBC Symphony Orchestra (2009-2014), Music Director of the London Sinfonietta (1998-2002), Head of Contemporary Music at the Tanglewood Music Center (1986-93) and Artist in Association with the Birmingham Contemporary Music Group. He was Artistic Director of the Aldeburgh Festival from 1983 to 1998, and in 1992 established the Britten-Pears Programme’s Contemporary Composition and Performance Courses in collaboration with Colin Matthews.

Knussen lived in Snape, Suffolk, and was appointed a CBE in 1994. In 2014 he became the inaugural Richard Rodney Bennett Professor of Music at the Royal Academy of Music, London. Other accolades included the Ivor Novello Award for Classical Music, the ISM Distinguished Musician Award, and the 2015 Queen’s Medal for Music.

Inspired by the mysterious standing stones and goddess lore that abounds in the beautiful Dorset countryside surrounding Smedmore House (venue for the premiere of this trio) I’ve taken the title of this piece, “Völuspá”, from that of the Poetic Edda, the old Norse collection of anonymous poems in which the Norns appear, the three shadowy goddesses who weave Fate at their looms. In this light it is appropriate that there are three performers, spinning time with their strings... 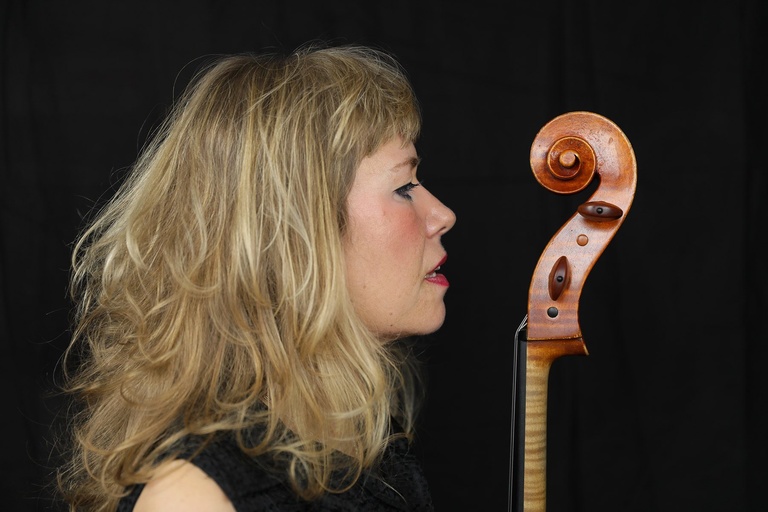 Cellist, cabaret artist, educator and presenter, the un-categorisable Zoë Martlew travels the world in a variety of roles, a regular guest on BBC Radio and TV. Now increasingly in demand as a composer, she’s been commissioned by world-renowned soloists and ensembles, performances including Wigmore Hall, Opera Holland Park, Aldeburgh, Cheltenham and Tanglewood Festivals, Linbury Studio Royal Opera House; and her music described as “dazzling” (Classical Music Magazine), “deeply moving” Daily Telegraph, “expertly rendered” (Musical Opinion), “a voice that needs to be heard” (Seen and Heard) “plangent emotion” (Wall St Journal) and “set the floor on fire!” (Independent). She is published by Schott.

De Profundis is built around the cello’s attempts to ground itself – but at the same time, an attempt to escape from the depths. It opens with music played high up on the lowest string of the instrument – a state of both disembodiment and potential energy (the enormous gap between the low open C and the high sounds that we actually hear). As the piece progresses through its various sections, the music becomes gradually more embodied (lyrical, then faster and faster) as the energy latent in the opening is worked out until, towards the end of the piece, the low C finally appears like a tolling bell.

The three movements of this piece each explore different aspects of night-time, both real and imaginary.

In the first movement, a smooth central section is framed by rhetorical instrumental dialogues; this music is associated with a poem by Salvatore Quasimodo which describes an old tree, a refuge to birds of the night, which "resounds with a rapid beating of wings", and "from on high... listens intently to the abyss". The central panel of the movement is formed by a sort of distant, blurred polyphony, lit up at intervals by bright chorale-like passages.

The second movement is an interlude in cyclical form. As it rotates, the music follows through a trajectory arising from the opening viola solo.

The third movement retreads the same harmonic ground as the first, but this time the music has been pushed towards extremes. The very slow central chorale, associated with the breathless calm of an uninhabited night-time landscape, is juxtaposed with fast, rough music like something of the brutality which can follow when man inhabits such spaces. 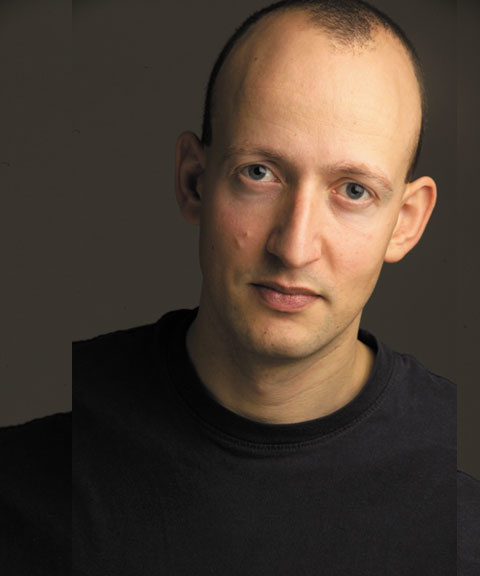 Richard Causton has been described as 'one of the most courageous and uncompromising artists working today'. His music has been performed internationally at venues such as the Lincoln Center, the Concertgebouw and the South Bank Centre in London. He has worked with ensembles including the BBC Symphony Orchestra, City of Birmingham Symphony Orchestra, Sinfonieorchester Basel, Rundfunk-Sinfonieorchester Saarbrücken, London Sinfonietta, Birmingham Contemporary Music Group and Nash Ensemble.

His work is recorded on Metier, Orchid and NMC, whose disc Millennium Scenes (NMC D192) was listed as 'Outstanding' in International Record Review and No.1 in the Sunday Times' 100 Best Records of the Year.

Recent works include Ik zeg: NU (2019) premiered by Sakari Oramo and the BBC Symphony Orchestra at London's Barbican Centre to critical acclaim. It was one of just two works selected by the BBC to represent the UK at the International Rostrum of Composers, and has now been broadcast worldwide. It also features on a forthcoming recording of Richard's music, La terra impareggiabile (NMC D273) due in October 2022.

In addition to composition, Richard occasionally broadcasts for Italian radio (RAI Radio 3). He is currently Professor of Composition at the University of Cambridge. 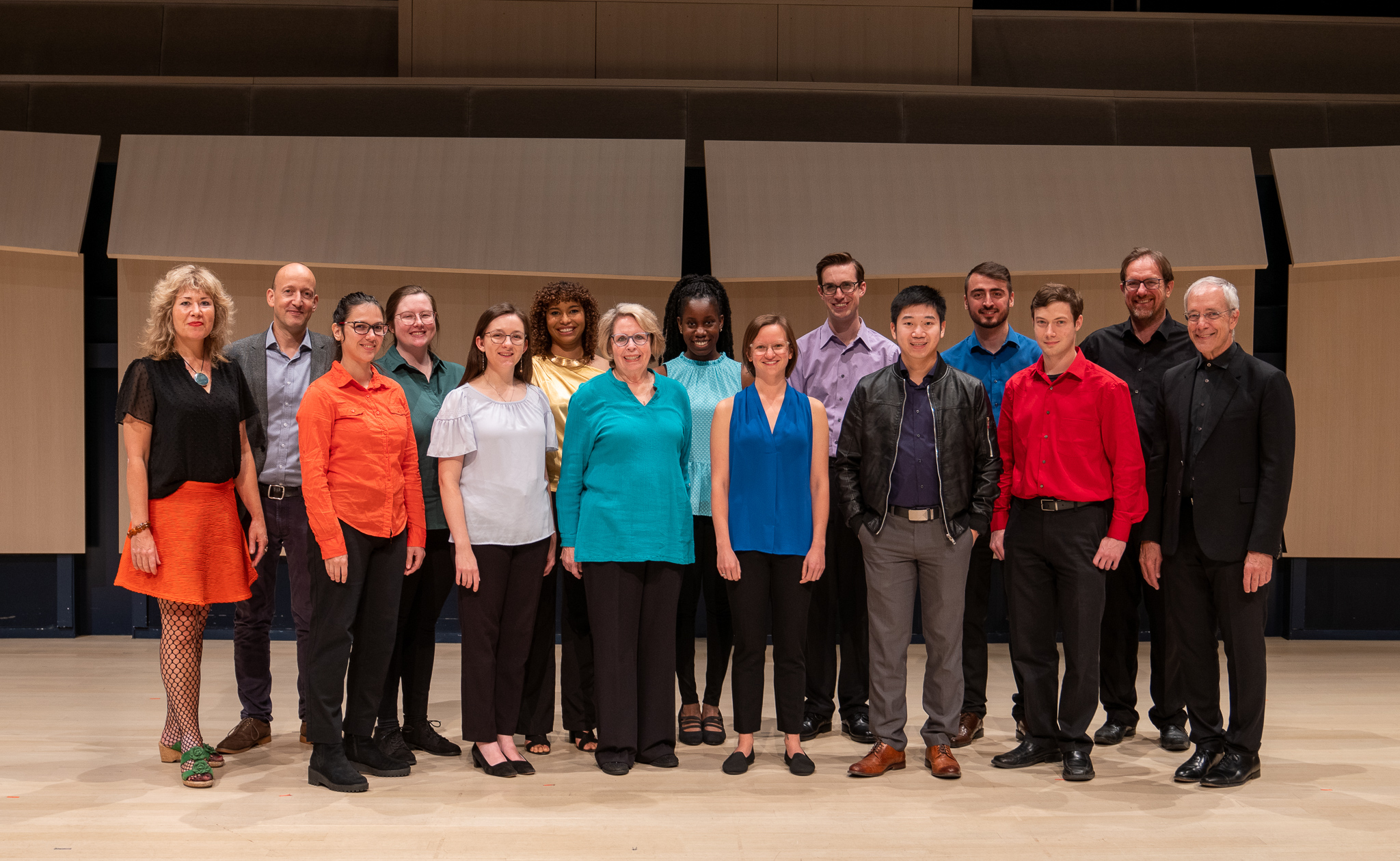