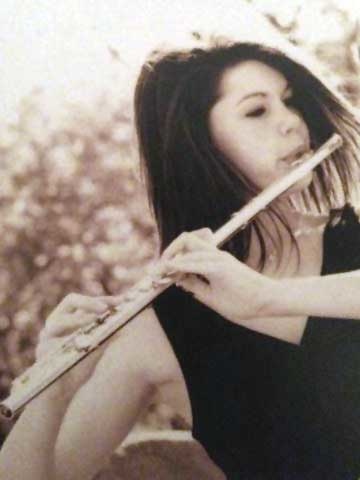 Emily Duncan is a junior at the University of Iowa pursuing a degree in flute performance. She performs in the university’s symphony band, symphony orchestra, and center for new music. In 2014, she placed second at the Central Ohio Flute Association collegiate flute competition and was a winner of the Jacqueline Avent Concerto Competition. She has performed in masterclasses for many masters, including Jim Walker, Amy Porter, and Ransom Wilson. Emily is a student of Nicole Esposito. 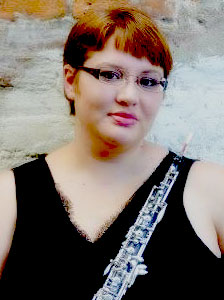 A native of Earlville, Iowa, Allison Offerman received her Bachelor of Arts degree in music from the University of Northern Iowa.  She recently graduated with her Masters of Music degree in oboe performance at the University of Nebraska- Lincoln.  Currently she is continuing her education by attending the University of Iowa, where she is working towards a Doctor of Musical Arts in oboe performance with a secondary area in bassoon.
She has appeared in masterclass performances with Humbert Lucarelli, Dane Philipsen, Dr. Heather Armstrong, Johanna Cox, and Dr. Terri Armfield.  Her teachers on oboe have included Dr. Andrew Parker, Dr. William McMullen, Tom Barry, Dr. Melissa Feilhauer, and Dr. Roger Fedelleck.  She has also studied bassoon with Benjamin Coelho, Dr. Jeffrey McCray and Dr. David Rachor.
As a teacher, her students have received Division I ratings at solo contest, been accepted into all-state ensembles, and won an audition into the Lincoln Youth Symphony.  She teaches private lessons to all ages on both oboe and bassoon.  As a performer, she has played with the Southeast Iowa Symphony Orchestra, Ottumwa Symphony Orchestra, and multiple college and community bands.  She also enjoys playing chamber music as a former member of the Atomic Quintet and Venteux Winds.
As a part of the Iowa Center for New Music, she performs new music written by students at the University of Iowa to international composers.  Through this group she has performed at universities and conferences in Michigan, Wisconsin, Missouri, and Minnesota.  She is also a founding member of the new Ensemble 319, comprised of Pierre ensemble plus oboe, who specialize in music from the last thirty years through contemporary and new works. 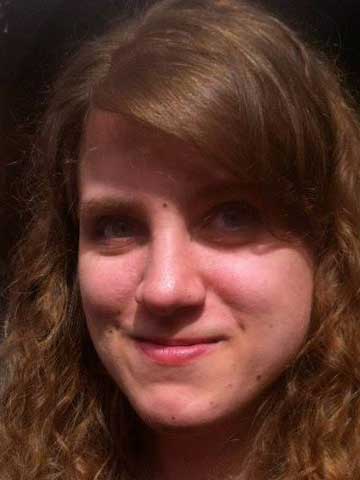 Christine Burke graduated from Duquesne University in 2014 with a Bachelor of Music degree in Clarinet Performance where she studied clarinet with Jack Howell and composition with David Stock. While in Pittsburgh, she was actively involved in the city’s new music and chamber ensembles, most notably appearing with Alia Musica as the soloist for Krzystof Penderecki’s “Quartet for Clarinet and String Trio”. A composer as well, she was awarded 1st Place in the Pittsburgh Festival Orchestra’s Composition Competition in 2012 for her clarinet, viola and piano trio,Dense Music. Additionally, she has had music performed by NOW Ensemble, Reed III Trio, and at the New Music on the Point, soundSCAPE and Pittsburgh New Music festivals. She is currently pursuing Master’s degrees in composition and clarinet performance at the University of Iowa, where she studies with Nomi Epstein (composition) and Jorge Montilla Moreno (clarinet). 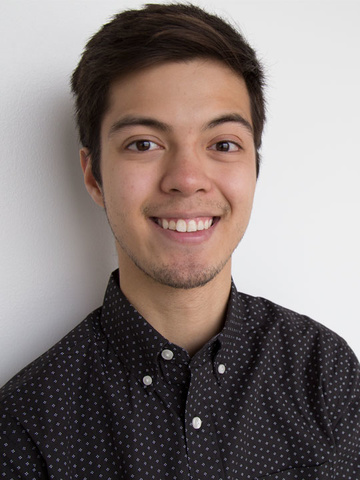 Tony Mai is currently a senior pursuing a B.M. in Clarinet Performance at the University of Iowa. He served as the concertmaster for the university’s symphony band in 2015, and is also a permanent member of the Cedar Rapids Municipal Band. An avid chamber performer, he is a founding member of the VIJF Reed Quintet, and the UIOWA Woodwind Quintet. From 2014-15, Tony was the recipient of the Irwin E. Roshiem Prize and Smith Scholarship for outstanding undergraduate clarinetist. He has performed in various masterclasses, including Fred Orner, Kenneth Grant, and the JACK Quartet. Tony is currently a student of Jorge Montilla Moreno. 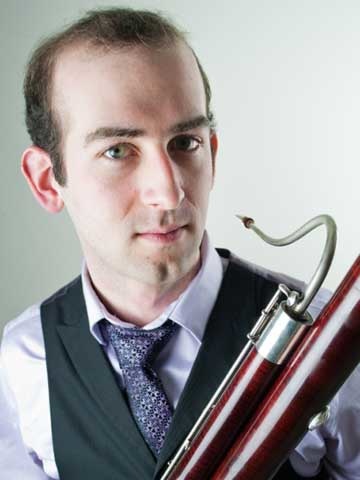 Bassoonist Alex Widstrand is a graduate of the University of Wisconsin-Eau Claire, and is currently pursuing a master's degree in bassoon performance and pedagogy. His past teachers have included Kristine Fletcher, Jacqueline Wilson, and Andrew Machamer; he currently studies with Benjamin Coelho. From 2011 to 2014 he played bassoon and contrabassoon with the Chippewa Valley Symphony Orchestra, and was an auxiliary bassoonist with the La Crosse Symphony Orchestra from 2012 to 2013. He is also a published composer, arranger, and editor with Really Good Music, LLC. 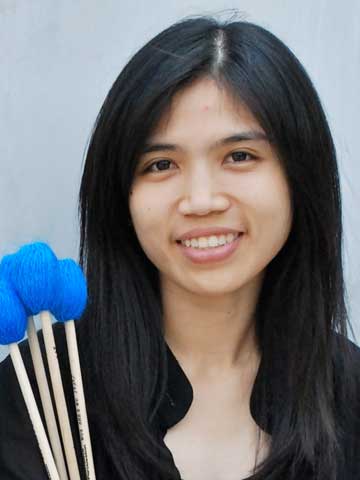 Wannapha Yannavut started her professional percussion education in 1986 at Regina Coeli College School in Chiangmai, studying with Mr. Chumpol Channarong and Ms. Darakorn Wittayanunthapornkul.  Later she went on to study with Mr. Pinai Preechaporn at Montfort College High School.  From 1997-2000, she veered away from music, studying Thai language and literature at Prince of Songkhla University, Pattani Campus.  During that time she was a member of the music club.  After finishing her bachelor’s degree, she returned to music, earning the Master of Art (Music) Degree in Percussion Performance with Mrs. Kae Reed and Mr. Shane Constant at Mahidol University, College of Music. Additionally, she studied with Dr. John Parks for one month at the Florida State University in 2008.
Since 2006, she is an artist/teacher of percussion at Mahidol University and director of the Integrated Percussion Ensemble.  She was also principal percussionist of the Thailand Philharmonic Orchestra from 2006-2012 and was promoted to timpanist in 2009-2012. In 2007, she was invited to play as a soloist with the Mahidol Wind Symphony.
Currently, she is Living in the USA and working toward the Doctor of Musical Arts in Percussion Performance and Pedagogy degree with Dr. Dan Moore at The university of Iowa. 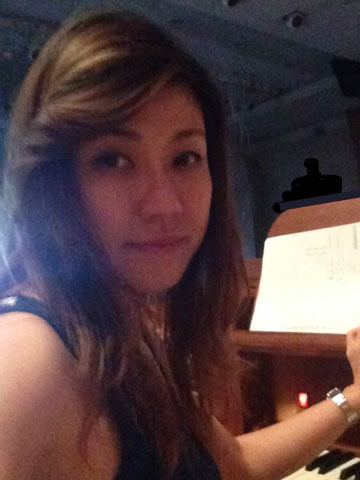 Mi Wha Choi started playing piano when she was 5 years old. She earned Bachelor's degree and Master's degree of Piano Performance at Chong Shin Presbyterian University in Seoul, South Korea. In 2010, she studied with Dr. Bates Robert and Matthew Dirst at University of Houston. She used to work for Music Ministry, Music Director and Keyboard player in several churches in South Korea and U.S.A. She has been traveling Florida, California, Texas, Seoul, and, New York City, to give performances of church music. Since 2002, she has been working as a music director and an accompanist of IGNIS Ensemble. Recently she had performances successfully for Grace United Methodist Church in Iowa and Gana Ann of Entrance Church in New York with IGNIS ensemble. She is pursuing her Doctorate of Musical Arts degree with Dr. Gregory Hand at University of Iowa. 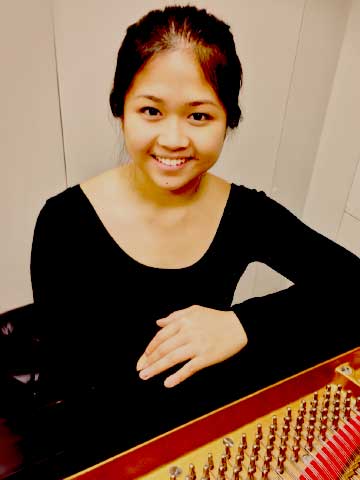 Korak Lertpibulchai has performed across the Midwest, Italy and Thailand. She has been awarded several Prizes from International and National competitions such as 2014 Schlern International Competition (Italy), the 11th Thailand Youth Music Competition, the Siamnakarin School of Music Piano Competition, etc. At the University of Iowa, Korak serves as a pianist for the Center for New Music and the Department of Dance. She is currently pursuing a DMA under the tutelage of Dr. Ksenia Nosikova. 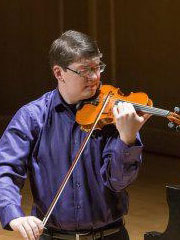 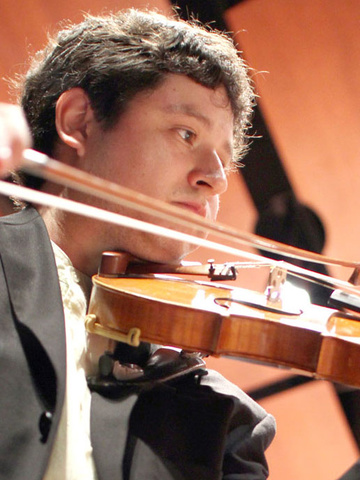 Violinist Leonardo Perez received his MM from the University of Southern California and BM from East Carolina University studying with Hagai Shaham and Ara Gregorian. He has appeared regularly as an Alumni Artist of the Four Seasons Chamber Music Festival in Greenville, NC, where he has performed with artists such as Michael Kannen, Hagai Shaham, Melissa Reardon, Hye-jin Kim and Ara Gregorian. He has performed as soloist with the East Carolina and the Raleigh Symphony Orchestras, and has attended the Killington Music Festival, Meadowmount School of Music and the Mannes Beethoven Institute in New York. He is currently pursuing a DMA in violin performance at the University of Iowa studying with Scott Conklin, where he also performs with the Dubuque and Quad City Symphony Orchestras and has taught chamber music at the Preucil School of Music. 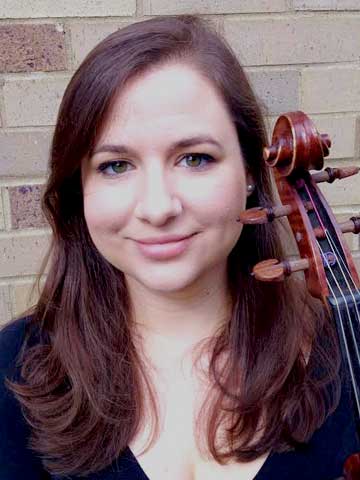 Elizabeth Upson, originally from North Carolina, is currently attending the University of Iowa where she is currently pursuing her Doctorate of Music in viola performance studying with Christine Rutledge. As an avid chamber musician, she has performed alongside artists including Ara Gregorian, Michael Kannen and Nicholas Cords as part of the Four Seasons Chamber Music Festival Next Generation concert series.
She recently completed her Master of Music in viola performance from the Indiana University Jacobs School of Music, where she performed as Principal and Co-Principal of the IU Chamber and University Orchestras. Elizabeth received her Bachelor of Music in violin performance from East Carolina University, where she performed with the NewMusic@ECU Camerata and was concertmaster of the NewMusic@ECU Festival Orchestra.
She has participated in master classes for renowned artists such as Victoria Chang, Maria Lambros, Thomas Riebl, Robert McDonald and members of the Brentano, Juilliard, and Pacifica String Quartets. As an advocate for teaching young students, Elizabeth is registered with the Suzuki Association of the Americas having completed teacher training in Violin Units 1-4 with Joanne Bath and has taught in the public schools through community outreach programs. Her principal teachers include Atar Arad, Ara Gregorian, Melissa Reardon and Kevin Lawrence.​ 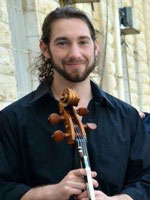 Matthew Laughlin received a B.M. in cello performance from Indiana University's Jacobs School of Music and an M.A. in music from the University of New Hampshire. Matthew has performed as a soloist and chamber musician throughout the Northeast, Continental U.S. and abroad, including China, Israel, Jordan and Palestine. He spent two years as cello faculty at The Edward Said National Conservatory of Music in Jerusalem. Matthew has extensive experience teaching group strings in public schools and private lessons at community music schools in throughout New England. His teachers have included Emilio Colon, Terry King and Anthony Arnone, with whom he is currently working on his D.M.A. at the University of Iowa. 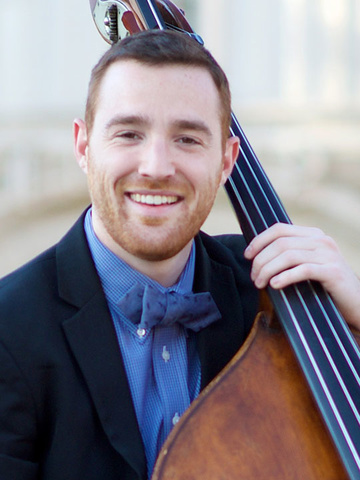 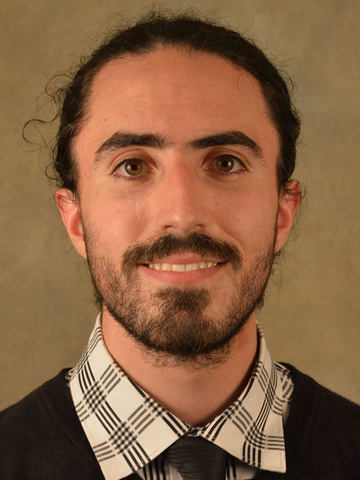 Hisham Bravo Groover, born in Querétaro, Mexico, is currently completing his Masters of Arts in Orchestral Conducting from The University of Iowa. His conducting studies are led by Dr. William LaRue Jones. At The University of Iowa, Mr. Groover conducts the Chamber Orchestra, All-University String Orchestra, Opera Scenes, and the Center for New Music. He began playing the violin at the age of 11 while living in Las Vegas, Nevada. Mr. Groover received his Bachelors in Violin Performance from Loyola University New Orleans in 2012. In 2014, he received his Masters Degree in Violin Pedagogy from Western Kentucky University. He was also a visiting student at Indiana University’s Jacobs School of Music for two summer terms, studying violin under Michel Boris Zaitzeff. As a conductor, Mr. Groover is not only enthusiastic about performing standard repertoire, but also about exploring the new music of today’s composers. 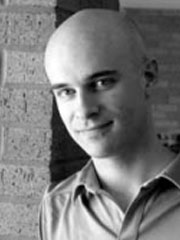 Zack Stanton received his Doctor of Musical Arts in composition from the University of Texas at Austin, where he studied with Dan Welcher, Yevgeniy Sharlat, Donald Grantham, and Russell Pinkston. He has written for orchestra, wind ensemble, choir, and chamber ensembles of various sizes, and his work has been increasingly performed throughout the United States. In 2012 his Concerto for Piano and Wind Ensemble received Honorable Mention in the ASCAP/CBDNA Frederick Fennell Competition.
Recent commissions include works for clarinetist Sarunas Jankauskas, trumpet player Jared Broussard, horn player Anne Marie Cherry, the Sacramento Youth Symphony Chamber Music Workshop and Line Upon Line Percussion.  In 2011 Line Upon Line Percussion released a recording of Echoes of Veiled Light, for percussion trio.  During the 2011-2012 season, the Austin Symphony Orchestra premiered the orchestral version of Triple Venti Latté under music director Peter Bay.
Active as a performer, Stanton served as a pianist and conductor for the University of Texas New Music Ensemble and for four years acted as the Assistant Director of the group.
Prior to his appointment at the University of Iowa, Stanton taught at Belmont University and the University of Texas at Austin.