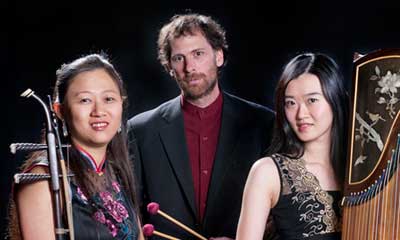 performed works by Canadian and US composers
creating a contemporary repertoire

Established in 1997, the Orchid Ensemble blends ancient musical instruments and traditions from China and beyond, creating a beautiful and distinct new sound. Playing a vital role in Canada's world music, contemporary music, and Asian music scenes, the ensemble has embraced a variety of styles to its repertoire. The Orchid Ensemble represents a musical genre based on the cultural exchange between Western and Asian musicians, which flourishes in Vancouver.

The Orchid Ensemble regularly collaborates with musicians from a wide variety of world cultures and actively commissions new works from Canadian and US composers for its unique instrumentation. Its annual productions have evolved to integrate music with multimedia, dance and scenographic installation. The ensemble has been nominated by the Juno Awards, the Western Canada Music Awards, and the West Coast Music Awards. It receives regular supports from the Canada Council for the Arts and the BC Arts Council. 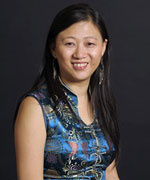 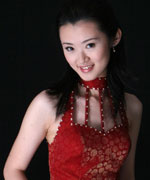 Yu-Chen graduated from Taiwan's Tainan National University of the Arts, where she studied both the zheng and composition. Performing with precision and astonishing technique, Yu-Chen has premiered numerous contemporary works by herself and many ground breaking composers in Asia and North America. Her compositions blend western classical and traditional Chinese music and place the zheng in ensembles of unconventional instrumentations.

Yu-Chen was a soloist with the National Chinese Orchestra, the Kaohsiung City Chinese Orchestra, the Little Giant Chinese Chamber Orchestra, and the Tainan National University Chinese Orchestra. She has performed many solo recitals and has toured in Germany and the US. Yu-Chen performs improvised music with US ensemble Compost Q, and she was recently a guest artist with Kansas City's newEar contemporary chamber ensemble UMKC Music Nova. Yu-Chen has won numerous awards: the Gold Prize at the "Golden Lotus" International Youth Music Competition in Macau, a three-time First Prize winner at the Taiwan National Music Competition, First Prize at the Chinese Musical Instrument Association's Competition, and the winner of the Taiwan Young Concert Artist Competition. 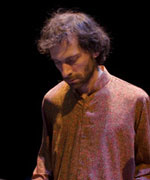 Jonathan studied at the University of British Columbia, the University of Ottawa, the Quebec Conservatory of Music, and the Eastman School of Music. Active in genres from orchestral music to New Music, and World Music, he combines his background in western percussion with a fascination for Asian traditions to create a unique sound palette incorporating a myriad of instruments, techniques and styles.

Having premiered over seventy chamber works, Jonathan regularly performs with Vancouver New Music, Fringe Percussion, Ensemble Symposium, Tandava, and orchestras including the Vancouver, Victoria, CBC Radio Orchestras, Vancouver Inter-Cultural Orchestra, and is the principal percussionist with the Vancouver Island Symphony. Jonathan's interest in World Music has led him to perform Chinese, Javanese, Balinese and Korean music and study traditional and contemporary Chinese percussion in Beijing, Arabic percussion in Cairo, Flamenco in Spain, and Carnatic rhythm in South India, with the support of the Canada Council for the Arts and British Columbia Arts Council. Jonathan has toured throughout North America, Europe, and Japan.

Maqam is a musical form found throughout the Middle East, Central Asia and the Xinjiang province of northwestern China. It is generally defined as a sequence of notes with rules that define its general melodic development, each maqam having a different character conveying a mood. In Xinjiang, maqams are sometimes considered "suites" defining a specific mood, or moods. Xinjiang maqams can include instrumental, vocal and dance music, often with complex rhythmic patterns and dramatic tempo changes. This piece is released on the Orchid Ensemble's CD Road to Kashgar.

Under the moonlight by the foot of the mountains, she sings a haunting melody to her lover, who has gone logging in the deep forests. This is a famous folk song from southwestern China. Lan's arrangement features a dialogue between the voice and the zheng, contrasting between lyrical and rhythmic phrasings, with room for improvisation.

The rising moon shines over the river
Seeing the moon reminds me of my love in the deep mountains
He is like the moon walking in the sky
My love, do you hear me?

The Winged Horses of Heaven

In 138 BC, the emperor Wudi of the Han Dynasty sent his general Zhang Qian to contact a western tribe to solicit help to fight invaders from the north. After 13 years of arduous journeys, adventures and misadventures, Zhang Qian returned with news of a stronger and faster breed of horse to help in the wars. Thought to be of celestial origin, these now extinct horses were the compelling motivation behind the opening of a permanent route to the west of China and beyond. This piece is released on the Orchid Ensemble's CD Road to Kashgar.

Orchid Ensemble commission, with funding from the Canada Council for the Arts

The fast 5/4 melody is inspired by a folk song from south west China. To contrast with its constant motion, a number of gestures for improvisation are inserted, taking inspiration from a Chinese classical poem written by famous poet Li Po (701-762) of the Tang Dynasty (618-907) as he parted from his friend on a small boat. It praises the moon hanging high over the mountains. The piece ends in a fast 9 beat cycle and a series of modulations, inspired by Balkan music. This piece will be released on the Orchid Ensemble's CD Life Death Tears Dream.

Inspired by various images of the breathtaking beauty of China's Huangshan ("Yellow Mountain"), From a Dream was composed to reflect the poetic qualities of this spectacular sight: stillness, strength, delicacy, eternalness. The work contains five main sections, each one loosely representing specific imagery of the mountain, from the dream-like drifting layers of mist and clouds, to its sparkling waterfalls, craggy peaks and ancient pine trees. The opening is quiet, minimal and static, then gradually gathers momentum as the music moves between free and improvisatory expression, and more rhythmically driving sections.

Orchid Ensemble commission, with funding from the Canada Council for the Arts

A traditional Cantonese ensemble piece that depicts proud heroes from a recent battle galloping on their horses.

In the 10th Century, a number of Persian Jews traveled through the Silk Road to settle in Kaifeng, central China. The community they founded still survives today observing Jewish holidays and customs. This arrangement of an Ashkenazi sacred song is a contemporary tribute to the fusing of these cultures. This piece is released on the Orchid Ensemble's CD Road to Kashgar.

Orchid's interpretation of this Bengali folk song is a mix of Indian folk and classical elements within a contemporary framework. It embodies the cultural blend symbolized by the Silk Road. This piece is released on the Orchid Ensemble's CD Road to Kashgar.

Erhu - Originated in Central Asia and introduced to China more than one thousand years ago, the erhu belongs to the large family of stick fiddles that are found in many countries. The erhu is played while held on the lap. Its two strings are tuned to a fifth, with the bow placed between them. The erhu has no fingerboard. The player places the fingers on the strings without pressing them against the wood neck, giving the flexibility to apply different degrees of pressure on the strings to alter the tone. The erhu is usually made of sandalwood or red wood, with a snakeskin resonator. The folk versions vary in the shapes and materials of the sound boxes. A popular instrument in solo and ensemble music, erhu's expressive sound resembles the human voice and is deeply rooted in the vocal traditions.

Zheng - The zheng is a plucked half-tube wood zither with movable bridges, over which a number of strings are stretched. The parent instrument of the Asian long zither family, the history of the zheng can be traced back to 2500 years ago. While the ancient zheng had 12 or 13 silk strings, modern instruments usually have 16, 21 or 25 strings, constructed of metal, or steel wound with nylon. It is traditionally tuned to an anhemitonic pentatonic scale, but many modern scales range from combinations of different pentatonic scales, to diatonic and semi-chromatic scales.

Marimba - The marimba is a wooden keyboard percussion instrument, tuned chromatically. Having roots in the Africa balophone via the Central American marimba, it is now found in ensembles throughout the world, in both folk music and on the concert stage.