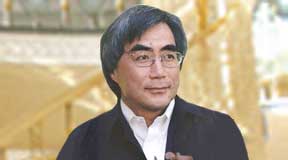 Concertino for Violin and Chamber Winds

Peter Child (b, 1953) is a Professor of Music at the Massachusetts Institute of Technology and wrote Concertino for Violin and Chamber Winds (2002) for Violinist Young-Nam Kim and the MIT Wind Ensemble, Frederick Harris Jr, conductor. The same force recorded the work following the premiere in Boston, which was released on Innova Records (621). Concertino juxtaposes a lean instrumentation of ten players in a cheerful, out-of-the-doors Classicism. It is in three short movements, fast-slow-fast, compressed into one. The music for the solo violin is etched in sharp relief from that of the wind ensemble, though soloists from among the winds frequently step forward as collaborators in the melodic unfolding.

The Second String Quartet was written in 1917 when Bartok was 36 years old and is one of the most expressive, romantically beautiful of Bartok's works. The second movement, Allegro molto capriccioso, is a Rondo of wild and "Barbaric" character.

Commissioned by Atlanta Virtuosi, Fantasie per Sei (1988) represents one of the most important and engaging chamber works of Stanislaw Skrowaczewski, whose career as a composer was somewhat eclipsed by his globe-trotting conducting activities. He was the Music Director of the Minnesota Orchestra from 1960-1979, and still maintains full conducting engagements throughout Europe and Asia. Pulitzer -Prize winning Composer John Harbison said "Conductor Stanislaw Skrowaczewski is one of the finest composers now writing."