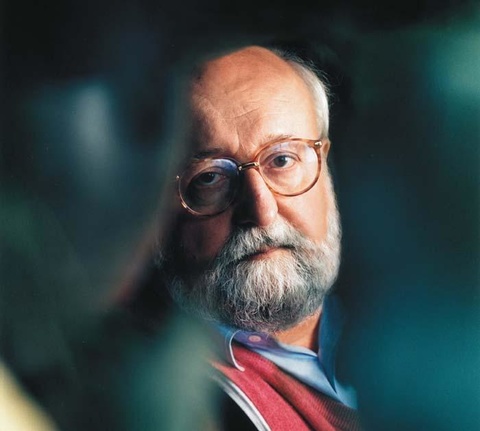 Krzysztof Penderecki was born on 23 November 1933 in Dębica (Poland). He received violin and piano tuition at a very early age and entered the Conservatoire in Krakow when he was 18. From 1954, he studied composition with Artur Malewski and Stanislas Wiechowicz at the Krakow Academy of Music where he was subsequently appointed as professor in 1958. One year later, Penderecki won all three available prizes at the II Warsaw Competition for Young Composers. With the first performance of Anaklasis for 42 string instruments at the Donaueschingen Festival in 1960, he became part of the international avant-garde. Penderecki gained a reputation with a wider public with the premiere of the St Luke Passion in Münster Cathedral in 1966. The Polish composer taught at the Folkwang Hochschule in Essen from 1966 to 1968. His first opera The Devils of Loudon based on a book by Aldous Huxley received its premiere at the Hamburg State Opera House in 1969. In 1972, Penderecki was appointed as rector of the State Academy of Music in Krakow and also taught at Yale University in the USA from 1973 to 1978. Penderecki gained an international reputation as the conductor of both his own compositions and other works.

The long-term friendship between Anne-Sophie Mutter and Krzysztof Penderecki has not only produced the second violin concerto (“Metamorphoses”) and the second sonata for violin, but also the new Duo concertante per violino e contrabbasso. To be more precise, it was the Anne-Sophie Mutter Foundation for the encouragement of highly talented string players which issued the commission for this duo. The two dedicatees, Anne-Sophie Mutter and her scholarship holder Roman Patkoló, gave the first performance of this work in Hanover. The challenging composition, in a closed and compressed form, contains a variety of different atmospheres ranging from expressive recitatives to wild scampering scherzando passages. It presents audiences with several surprises and is an effective combination of old and new. The double bass part is in "solo tuning". This work provides a welcome addition to the chamber music repertoire, particularly for double bass virtuosos. 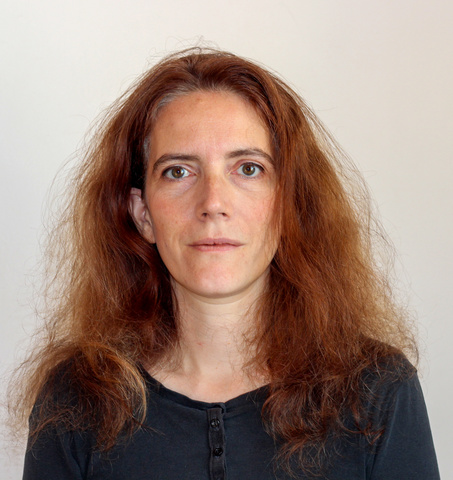 She studied flute and composition in Lyon and Geneva. She also plays the flute as an improviser. Her different musical pieces are concerned with recurrent preoccupations: the elaboration of the quality of the tone color, in order to reveal its poetical potential, between noise and sound, sound and silence; the use of concrete instrumental gestures to initiate the composition, the writing of these gestures and the attitude of playing; the “to and fro” between structuring and intuition; the use of a variety of sounds, including the rough and fragile; the development of non tempered musical scales building universes that “seem” familiar; the play between the boundaries of familiar and strange territory; the meeting of nature and machine, mechanical and fluid, sensitive and insensitive; music that gives the auditor a bit of room to wander, yet maintaining a clear and constant purpose. 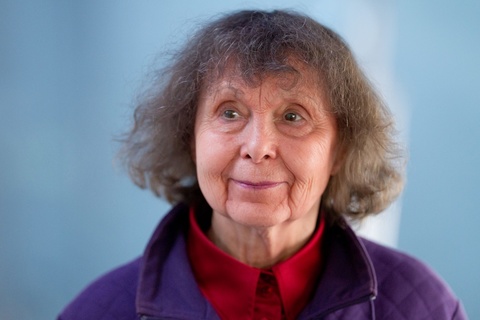 Sofia Asgatovna Gubaidulina was born 24th October 1931 in Tschistopol, a small town on the Volga in the Tartar Republic of the USSR. Her father was Tartar, but her mother was Russian and Russian is her native language. When she was small, the family moved to Kazan. She graduated from the Kazan Conservatory in 1954, before transferring to the Moscow Conservatory, where she finished in 1961 as a post-graduate student of Vissarion Shebalin.

In the Soviet period she earned her living writing film-scores, while reserving part of every year for her own music. She was early attracted to the modernist enthusiasms of her contemporaries Schnittke and Denisov but emerged with a striking voice of her own with the chamber-orchestral Concordanza (1970). During this period she built up a close circle of performing friends with whom she would share long periods of improvisation and acoustic experiment. Out of these experiences came many works, such as the Concerto for bassoon and low instruments (1975, for the bassoonist Valery Popov), The Hour of the Soul (1976, rev.1988, for the percussionist Mark Pekarsky with voice and orchestra) and ground-breaking pieces for the accordionist Friedrich Lips like the frequently played De Profundis (1978).

From the late 1970s onwards Gubaidulina’s essentially religious temperament became more and more obvious in her work. Already in Soviet times, when the public expression of religious themes was severely repressed, she was writing pieces like the piano concerto, Introitus (1978), the violin concerto for Gidon Kremer, Offertorium (1980, rev.1986), and Seven Words for cello, accordion and string orchestra (1982, published in the USSR under the non-religious title ‘Partita’). Since the arrival of greater freedom under Gorbachev, religious themes have become her overwhelming preoccupation. Many of her religious works are on a large scale, including a cello concerto inspired by a poem about the Last Judgement (And: The feast is in full progress, 1993), Alleluia (1990), for chorus and orchestra, a concerto for cello and chorus for Mstislav Rostropovich and, most recently, the colossal Passion according to St.John (2000), a German commission to celebrate the Millennium, given its first performance by the soloists, chorus and orchestra of the Kirov Opera conducted by Valery Gergiev.

Hell und Dunkel (Light and Darkness) was written in 1976, a year after the death of one her staunchest supporters, Dmitri Shostakovich. It proceeds without time signature or bar lines, with only a few Italian language tempo indications along the way referencing a steady pulse. Scale flurries, trills, and other patterns written mostly in 16th notes proceed freely, with support from held tone clusters. Together, they mix abrupt dissonances and dense sonic textures to create a continuously visceral affect. The pairing of scale and cluster as two opposing musical elements also invites the listener to find an interpretation between horizontal and vertical dimensions, if not light and darkness itself.

– Gregg Wager is a composer and critic. He is author of Symbolism as a Compositional Method in the Works of Karlheinz Stockhausen. He has a PhD in musicology from the Free University Berlin and a JD from McGeorge School of Law.

Julian Anderson is one of the most talented composers of his generation. Born in London in 1967, he studied with John Lambert, Alexander Goehr and Tristan Murail and first came to prominence when his orchestral Diptych (1990) won the RPS Composition Prize in 1992. Anderson has held Composer in Residence positions with the City of Birmingham Symphony, Cleveland and London Philharmonic orchestras, relationships which produced an impressive body of orchestral works including Stations of the Sun (1998, a BBC Proms Commission) and Eden (2005, Cheltenham Festival). Fantasias (2009), written for the Cleveland Orchestra, won a British Composer Award and The Discovery of Heaven (2011), a co-commission by the New York Philharmonic and the London Philharmonic Orchestra was awarded a South Bank Sky Arts Award. Both works were recorded by the LPO live label.

The title is the Russian for 'round dance' and refers to a category of melodies celebratory in character, whose most obvious feature is their limitation to a small group of pitches (often just three or four) which are cycled round and round in ever-varied rhythms. Although Khorovod does not quote any Russian, Turkish, Romanian or Lithuanian melodies of this type, about twenty of them were used as models for melodic writing in the piece. Khorovod is primarily melodic; most of the harmony results from sustaining notes of the melody, or from sustaining its harmonics. These subsequently form the basis of new melodies, and so the process continues. Khorovod avoids transitions, consisting in the main of a sequence of dances at various tempi shunted against one another; they are also frequently superimposed at different speeds and meters, so that the texture is often multi-layered. As the composing progressed, references to other folk traditions popped up increasingly, and thus the final result incorporates reference to Spanish folk music and some material closer to home. The seven main sections of the piece form a tonal arc, moving away from and back to C, the home tonal center of the work. The main idea of the composition was to build up a series of complex unpredictable textures out of the simplest and most familiar musical material - octaves, diatonic scales and triads. 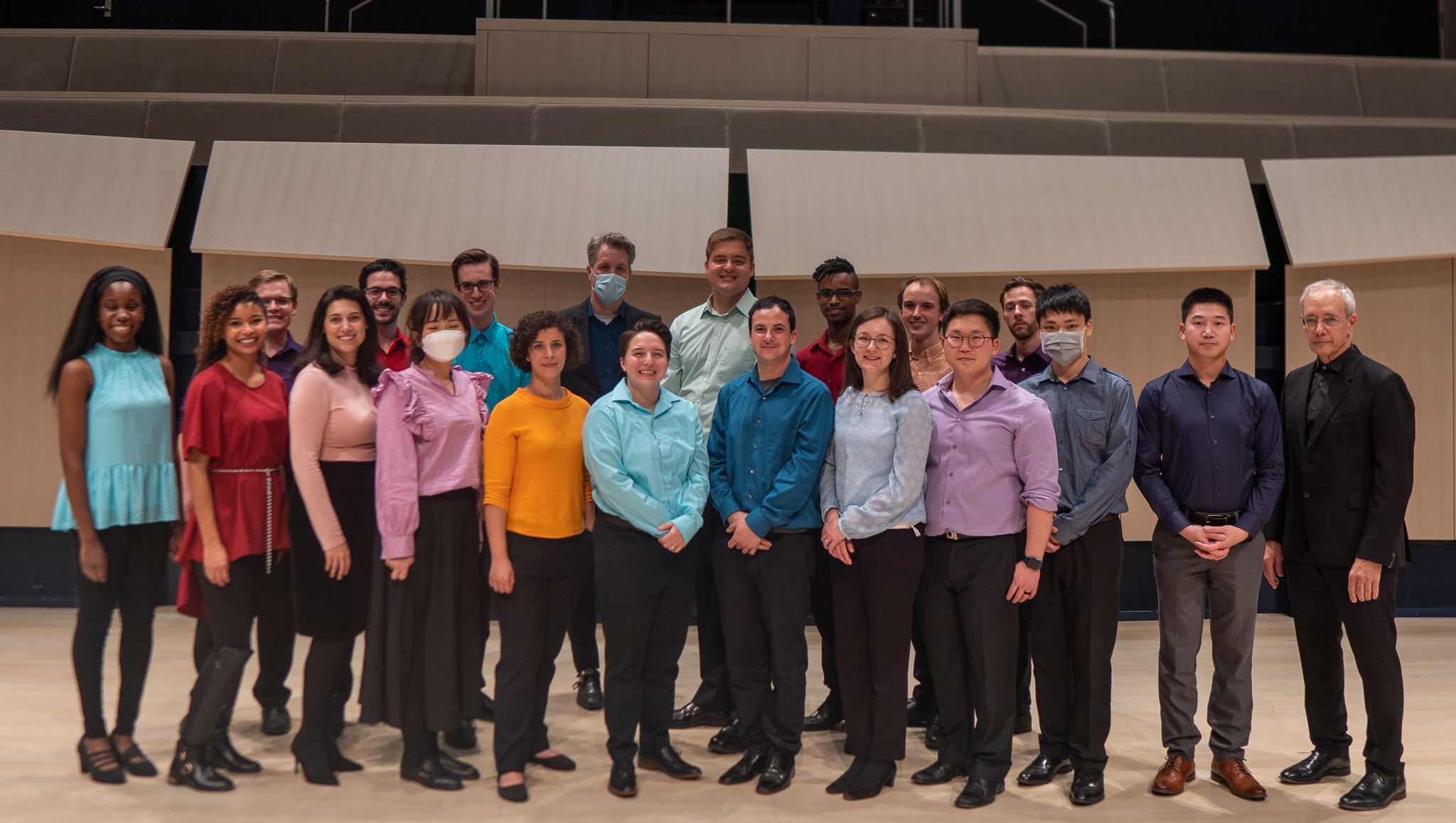