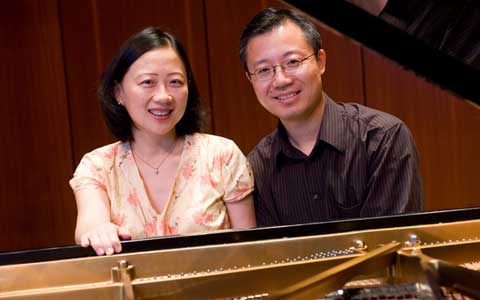 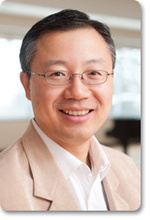 As the Unison Piano Duo, husband and wife pianists Du Huang and Xiao Hu have "dazzled and moved audiences with their heartfelt emotion and seamless ensemble… the best piano duo concert heard in years," according to the Wuhan Morning Post in China. The New York Concert Review wrote, "…fleet and sparkling… an unusually high level of ensemble playing." The famous piano duet team Weekley & Arganbright gave the following endorsement: "We had the great pleasure of hearing the Unison Piano Duo, their playing displayed extraordinary musical sensitivity to the contrasting styles of composers, clean and strong technique, and both warmth and excitement. They will bring great pleasure and inspiration to audiences everywhere." They commissioned and recorded American composer Brooke Joyce's Waves of Stone on the Innova Label, of which reviewer Carla Rees of the Music Web International wrote: "The playing of the Unison Piano Duo is impressive throughout." Du Huang and Xiao Hu have performed in concert halls in Europe, Asia, and America, including Carnegie Hall's Weill Recital Hall in New York City, Orchestra Hall in Chicago, Grosser Saal of Konzerthaus in Vienna, Salle Gaveau and Salle Cortot in Paris, Shanghai Music Hall, and Beijing Music Hall. The duo performed numerous concerts in the Czech Republic as part of the Vysočina Music Festival, the South Bohemia Music Festival, and the American Springs Music Festival. Live performances by the duo have been broadcast by Minnesota Public Radio and Iowa Public Television. During the summer, they teach and perform at the Lutheran Summer Music Academy and Festival. In recent years, they have also become popular guest teachers in their native country of China. 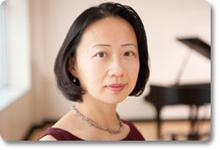 Huang and Hu received their early training at the Shanghai Conservatory of Music, and later graduated from the University of Cincinnati, College-Conservatory of Music as students of Eugene and Elizabeth Pridonoff. Both hold a Doctor of Musical Arts degree from the State University of New York at Stony Brook, where they studied with pianist Gil Kalish. They have served as Adjudicators for the Hong Kong Schools Music Festival, Chicago Two-Piano Festival and Competition, and numerous Music Teacher Association Auditions in Iowa, Minnesota, and Wisconsin. The duo enjoys a busy career performing recitals, as concerto soloists with orchestras and as collaborators with choirs, in addition to serving as piano faculty at Luther College in Decorah, Iowa since 2001.