In the space of a few short years, Wolfgang David has ensconced himself on the international stage, both as a recitalist, and as a guest soloist with many leading orchestras such as the Royal Philharmonic Orchestra, Vienna Radio Symphony Orchestra, Johannesburg Philharmonic Orchestra, Berne Symphony Orchestra, New York Virtuosi etc.
He has been well received by the press — the Washington Post wrote that he "scaled the heights of musicmaking” and The Strad described his playing “as emotionally wide-ranging as one could hope for”.
Admitted to the University for Music in Vienna at the age of eight, David studied there for many years with Rainer Küchl, the concertmaster of the Vienna Philharmonic Orchestra. Later he continued his studies at the Musikhochschule in Cologne with Igor Ozim and with Yfrah Neaman at the Guildhall School of Music in London.
The winner of many competitions and prizes, David has performed in major halls such as Konzerthaus and Musikverein Hall in Vienna, Carnegie Hall in New York, Cerritos Center in Los Angeles, the Wigmore Hall in London, Victoria Hall in Geneva, and Philharmonie in Cologne.
Highlights of his career included concerts at the Great Assembly Hall of the United Nations in New York in the presence of Secretary General Kofi Annan, and a concert in Bangkok, given for the Queen of Thailand.
Besides focusing on the traditional main repertoire, Wolfgang David also enjoys collaborating with a number of living composers, such as David Gompper, Noel Zahler, Ching-chu Hu, Joseph Dangerfield, Rainer Bischof, Jeremy Dale Roberts, John Allemeier, etc. He has commissioned, premiered, and recorded works specially written for him.
Wolfgang David performs on a violin built by Carlo Bergonzi, Cremona after 1724, on exclusive loan to him from the Austrian National Bank.
Wolfgang David has recorded a CD with the Royal Philharmonic Orchestra under the baton of Emmanuel Siffert and three albums with the American pianist David Gompper. Another CD with the Royal Philharmonic Orchestra was released on the NAXOS label in April 2011. 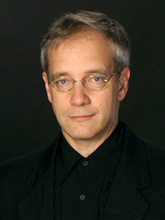