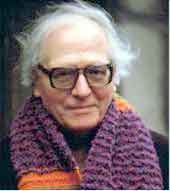 Olivier Messiaen (b Avignon, 1908; d Clichy, Hauts-de-Seine, 1992) is considered the first composer of the 20th century whose works exist almost completely outside of the Western tradition. Imbued with a heightened sense of color and intensity, the power of his harmonies to propel, harmonies rich, chromatic, and derived from Debussy's use of extended sonorities and modal progressions, are held in check due to symmetrical intervallic constructs codified in his "modes of limited transposition". He adopted and adapted techniques from non-Western music, such as Greek rhythms, the Indian raga system, and isorhythmic procedures, which in turn helped to remove any progressive experience of time with the removal of metrical schemes and a reliance on pulse alone. This resulted in the creation of stasis in much of his work. With his predilection for cyclic forms, often juxtaposing blocks of differing sonority, through repetition, verse-refrain and palindromes, he helped to further the idea of moment form. By suppressing counterpoint, his textures primarily use heterophony -- the coexistence of distinct threads rather than one line relegated to a single clock. His music is deeply influenced by his highly mystical Catholic faith, addressing the divine and creating the sense of eternal within the temporal. He was one of the first instructors to carefully analyze the music of Stravinsky and the composers of the Second Viennese School, the first to suggest a way to serialize all aspects of musical elements that eventually paved the way for such students as Pierre Boulez and Karlheinz Stockhausen.

He studied at the Paris Conservatoire (1919-30) with Dukas and Dupré, and taught there (1941-78) while also serving as organist of La Trinité in Paris starting in 1931. He began using his own modal system in eight Preludes for piano (1929), his first published work. During the 1930s he incorporated irregular rhythms and rapidly changing instrumentation. Most of his compositions were explicitly religious, shared between meditation, dance and the objective unfolding of arithmetical systems. They include the orchestral L'Ascension (1933), the organ cycles La Nativité du Seigneur (1935) and Les corps glorieux (1939), the song cycle Poèmes pour Mi (1936) and the culminating work of this period, the Quatuor pour la fin du temps for clarinet, violin, cello and piano (1941).

The Quartet for the End of Time was written under difficult circumstances, when Messiaen was a prisoner of war in Germany. The work starts with the sound of birds and explores one of the most potent images of the Christian faith, the end of the world as prophesied in the Book of Revelations. Written for fellow prisoners and performed before the entire camp, Quartet is a rich blend of moods and styles, and in many ways serves as a fitting summary of Messiaen's personal and musical personality.

As early as 1945, Messiaen found himself facing the first serious critical attacks of his career. René Leibowitz's (1913-1972) 1945 article in L'Arche: "Olivier Messiaen ou l'hédonisme empirique dans la musique contemporaine" critiqued Messiaen's recent treatise -- Technique de mon langage musical -- using language bordering on the vitriolic, complaining that Messiaen 'juxtaposes rather than composes'. Leibowitz was attempting to revive serial music and establish it as the new international language of music. Boulez, who continued to study with Messiaen but now taking cues from Leibowitz, went as far as to call the Turangalila-Symphony "brothel music." Messiaen was so shaken by the attacks of the serialists that he made an uncharacteristic musical compromise -- perhaps the only one of his career -- and wrote several pieces using this procedure. These works included the Quatre études de rythme (Four Rhythmic Studies, 1950) and Livre d'orgue (The Organ Book, 1951), and were quite well received in serialist circles. Messiaen, however, disdained them, and almost immediately abandoned the style. Nevertheless, some argue that Leibowitz and company actually played a crucial role in Messiaen's emergence several years later as a leader of the avant-garde.

After his aborted experiments with total serialism, Messiaen found himself despondent. In an effort to lighten his mood, Jaques Delamain, an old friend (who happened to be an ornithologist), took Messiaen out to his country estate early one morning just before dawn. As they listened to the various types of birds awaken and break into song, Delamain named each species. Messiaen, who had loved birdsong since his childhood days in Grenoble, was fascinated and delighted. With the rigor and enthusiasm of a true academic, he began a serious study of birdsong, seeking out the tutelage of other ornithologists, including one who worked at the French Museum of Natural History. Messiaen and Yvonne began visiting the countryside together, carrying a tape recorder and notepad to collect and transcribe the songs of different birds. Over the next decade they incorporated the practice into all their travels, and collected birdsong in Japan, Israel, and the United States. Messiaen reached the point where he could identify more than fifty species by ear. This ornithological study was much more than a hobby, however. Indeed, birdsong not only began making regular appearances in Messiaen's pieces, it became his chief compositional element. While birdsong first appears in the Quartet, it moves to center stage in Le réveil des oiseaux (The Awakening Birds, 1953) and Oiseaux exotiques (The Exotic Birds, 1955). Between 1956 and 1959, Messiaen worked on the massive Catalogue d'oiseaux (The Book of Birds, 1956-58) for solo piano. But the apotheosis of Messiaen's work in the idiom came in 1960, with Chronochromie, an extraordinarily complex orchestral piece. At one point, the work erupts into a fugue of 18 distinct varieties of birdsong, each voiced by a different string instrument.

In 1971, Messiaen was asked to write a piece to commemorate the forthcoming bicentennial of the United States by the American philanthropist Alice Tully. He selected the canyons of Utah as inspiration, where Messiaen spent several weeks there contemplating the landscape, and, of course, taping birdsong. The resulting piece was Des Canyons Aux Etoiles (From the Canyons to the Stars), a resplendent 12-movement work notable for its piano parts and a lengthy and evocative horn solo entitled Interstellar Call.

In 1985, he completed what he regarded as his masterpiece, his only opera, Saint Francois d'Assise (Saint Francis of Assisi). He had labored over it for 10 years, and the story of the saint who loved birds was clearly dear to his heart. The opera is massive indeed, with an orchestra of 119, seven soloist parts, and an additional 150 singers in the chorus. Performances last nearly five hours.

Soprano Susan Bender has garnered numerous honors and critical acclaim performing operatic and musical theater roles, as well as on the concert stage. She has appeared as a soloist with the Metropolitan Opera Orchestra (as a National Council Winner), Boston Pops Esplanade Orchestra, and the Washington Opera, among others. Ms. Bender is recorded on the Norton Anthology and Albany labels, and currently serves as assistant professor of music at the University of Wisconsin in Stevens Point.

Pianist Dennis Eppich, who completed his doctoral studies in piano under John Simms at the University of Iowa, has performed several works of Messiaen in solo recital including Vingt regards, La Fauvette des jardins, Petites esquisses d'oixeaux, and movements from Catalogue d'oiseaux.

Mark Weiger, a full-professor of oboe at the University of Iowa, received his degrees from the New England Conservatory of Music and the Juilliard School. Since coming to Iowa in 1988, he has performed as a soloist throughout the United States, Canada, England, Mexico, Brazil, Austria, France and Italy, presented two Carnegie Hall recitals, and has been a finalist in nine international competitions. He has published four CDs: Oboe on Road (Centaur), Grand Sonatas for Oboe Romantic Road for Oboe, and The Devil's Tongue (Crystal).

Patricia von Blumröder's repertoire encompasses all epochs with special emphasis on the music of the 20th century. She has made several recordings for Südwestfunk Baden-Baden as well as Hessische Rundfunk Frankfurt. She has also has produced a CD that features works by Messiaen and Stockhausen. She has performed throughout Europe in Festivals such as the Berliner Festswochen, Biennale Zagreb and Lucero Festival in Paris.

Hornist Kristin Thelander, Director of the UI School of Music, has had a rich and active performing career, appearing as a soloist and chamber musician throughout the United States, Europe, Mexico, Brazil, South Korea, and the People's Republic of China. She has been a featured artist at many regional and international horn workshops and international brass symposia in the past 15 years, most recently at the 32nd International Horn Symposium in Beijing, China. She has recorded for Crystal Records, CRI, Vienna Modern Masters, and Centaur. Thelander holds degrees from St. Olaf College, the University of Minnesota, and the University of Wisconsin.

Delbert Disselhorst, Professor of Music and Chairman of the organ department, earned both the Bachelor and Master of Music degrees from the University of Illinois, and the Doctor of Musical Arts degree from the University of Michigan. Under a Fulbright grant, he studied organ with Helmut Walcha at the Staatliche Hochschule für Musik in Frankfurt am Main, Germany. He has performed throughout the US, Canada, and Europe, and has been a featured artist for international festivals and concert series in Trier, Limburg and Freiburg, Germany. Other international concerts have taken place in Iceland, Denmark, and France, where he played at the Cathedral of Notre Dame in Paris.

Violinist Wolfgang David has become ensconced on the international stage, both as a recitalist, and as a guest soloist with many of the world's leading orchestras, including a performance of Vivaldi's Four Seasons with The New York Virtuosi Chamber Symphony, conducted by Kenneth Klein in the Great Assembly Hall at the United Nations (1999). David's growing reputation is marked in reviews by the likes of Thomas Frost, Senior Executive Producer at SONY Classical, who foresees for him "a significant international concert and recording career." The Washington Post says of David that he has "scaled the heights of music making."

Wolfgang David performs on a violin built in 1731 by Joseph Guarneri del Gesu, Cremona, on exclusive loan to him from the Austrian National Bank.

Composer/pianist Ketty Nez, visiting assistant professor in composition at the University of Iowa, just completed a residence at the École Nationale de Musique in Montbéliard, France, where she worked with faculty and students on projects of live electronics and improvisation. Her chamber opera An Opera in Devolution: Drama in 540 Seconds was premiered this year at the 7th Festival A'DEvantgarde in Munich. Nez holds a doctorate in composition from the University of California at Berkeley (1994) and degrees Eastman (Composition) and Curtis (Piano).

David Gompper (b. 1954) has lived and worked professionally as a pianist, a conductor, and a composer in New York, San Diego, London, Nigeria, Michigan, and Texas. He is currently Professor of Composition and Director of the Center for New Music at the University of Iowa. In 2002 - 2003 Gompper was in Russia as a Fulbright Scholar, teaching, performing and conducting at the Moscow Conservatory.

Gompper's compositions are heard throughout the United States and Europe. In 1999 his Transitus (for wind ensemble) premiered at Carnegie Hall, and a number of his works have premiered in London's Wigmore Hall, including: Hommage a W. A. (William Albright) for piano; and Shades of Love, a song cycle on the poetry of Constantin Cavafy. Gompper is in the process of completing a violin concerto, the first movement of which was performed in April, 2003, at the Moscow Conservatory. Gompper returned to Moscow in November 2003 to perform his Crossed a composition for alto saxophone, violin, and piano.

In addition to working together on the present CD project--their inaugural recording--Wolfgang David and David Gompper have performed in Moscow, the United States, and Vienna.