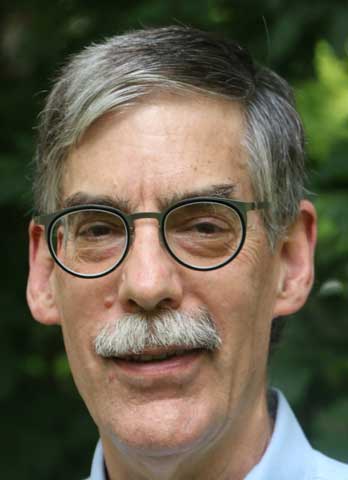 Point of No Return

Composed between November 2002 and February 2003, Point of No Return is a single movement lasting around nine minutes. The title alludes to the absence of literal repetition in the music, and also to the space shuttle Columbia crash on February 1, 2003. Point of No Return was first performed UI Center for New Music, conducted by Amelia Kaplan, on April 6, 2003, and is recorded on Monsterology: New Music from Iowa, Albany TROY900 (2007).

Blue Arc is a seven-minute piece for alto saxophone and piano, written in 2009 for Kenneth Tse, who first played it in March 2012 on a faculty recital at the School of Music.

Duo for flute/alto flute and piano was written in the summer of 1978 in New Orleans. The pitch structure of the first movement is freely atonal; that of the second is strict, based on the twelve-note series in the opening alto flute melody. The second movement concludes with a two-voice canon in contrary motion whose second phrase cites the opening of the first movement.

In 2005 I composed Echo’s Song on a text by Ben Johnson (1572-1637) for Timothy Stalter and the UI Kantorei. As Johnson’s poem concludes “Since nature’s pride is now a withered daffodil,” this new work represents a long-delayed re-engagement with the beautiful sonic material offered by mixed voices, using another 17th-century poet’s treatment of daffodils as a symbol for transience. It is somewhat daunting that the list of English composers who have set To Daffodils for voices includes Arthur Sullivan, Roger Quilter, Ernest Moeran, Harold Darke, Frank Bridge, and Benjamin Britten. My setting is something of an exercise in text-painting, with “madrigalisms” inspired by both Renaissance and Baroque music, but in a variety of harmonic idioms. For example, the chromaticism of “As yet the early-rising sun / Has not attain’d his noon” was suggested by the opening of Luca Marenzio’s setting of Petrarch’s sonnet Solo e Pensoso, but the harmonic language is 20th-century.

Wind Quintet was written during the summer of 2006 in commemoration of the 100th anniversary of the UI School of Music. The Iowa Woodwind Quintet (Gro Sandvik, Mark Weiger, Maurita Mead, Kristin Thelander, and Benjamin Coelho) gave the first performance on October 18, 2006 in Hancher Auditorium. Lasting about twelve minutes, the three movements progress in tempo from slow to fast. The third movement is a reworking of Chaser, a 1997 piece for flute, oboe, horn and piano.

Three Pieces in Brazilian Style (2007) is the second of four sets of pieces in chôro style for clarinet and piano I wrote between 2006 and 2010. Chôro is a genre of Brazilian popular music based on instrumental ensemble improvisation, within the formal structure of late 19th-century dances such as the polka and waltz; I first encountered it through recordings of the piano music of Ernesto Nazareth (1863-1934). Maurita Mead and Diego Arango premiered the piece in February 2008 in a faculty recital in Clapp Recital Hall.

From 1985 until his retirement in June 2018 Michael Eckert was on the composition/theory faculty at the University of Iowa School of Music. In recent years he taught 16th- and 18th-century counterpoint, and graduate courses in analysis of Renaissance, Baroque, and Classic music. In the mid-1990s he directed performances of 15th- and 16th-century choral music with the UI Collegium Musicum. He was Area Head for Composition/Theory from 1999 to 2004, coordinator of the theory program from 2009 to 2014, and twice served briefly as interim Associate Director for Graduate Studies in the School of Music. studied composition with John Richard Ronsheim at Antioch College (B.A., 1972), and with Ralph Shapey at the University of Chicago (M.A. 1975, Ph.D. 1977). Before coming to Iowa he taught at Colorado State University, the University of North Carolina at Chapel Hill, Tulane University, and Antioch College. His awards for composition include the Bearns Prize from Columbia University, a Charles E. Ives Scholarship from the National Institute of Arts and Letters, a National Endowment for the Arts fellowship in composition, and second prize in the 2006 New York Virtuoso Singers Choral Composition Competition.His music has been recorded on Music and Arts, Albany Records, Tempo Primo, and most recently on the MSR Classics CD Brazilian Dreams, comprising music for clarinet and piano, piano four-hands, and piano duo.Eckert published scholarly work on the 15th-century composers Busnois and Ockeghem, and articles and reviews on the Italian composer Luigi Dallapiccola. In 1986 he received a Fulbright Junior Research Fellowship and a National Endowment for the Humanities grant for research in the Dallapiccola archive in Florence.