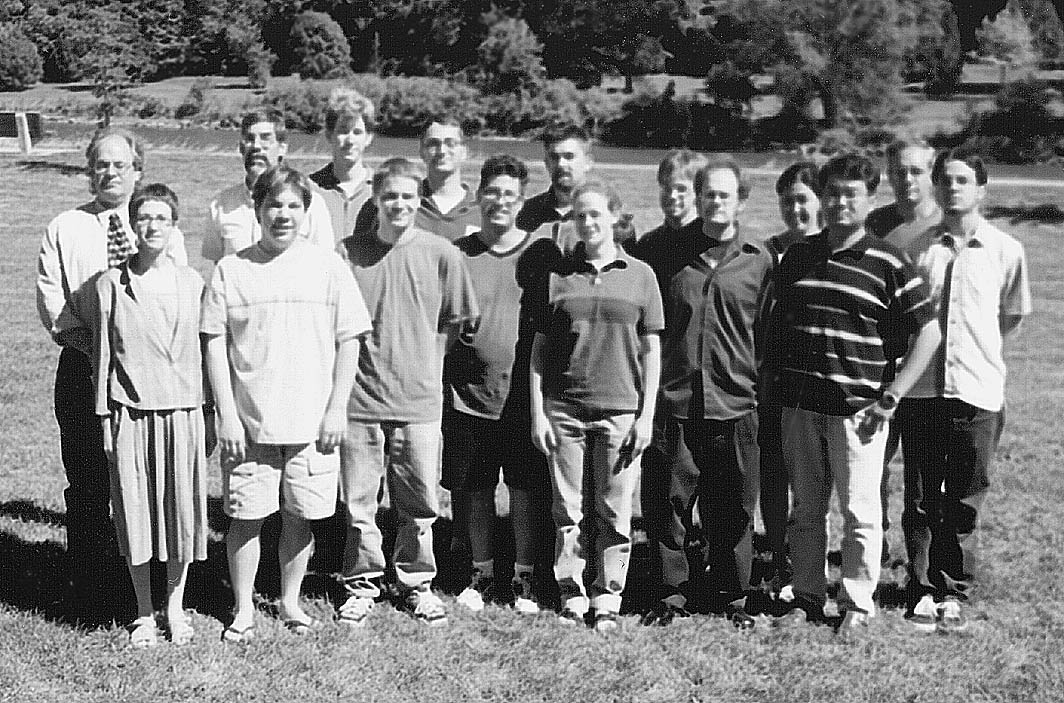 Students and faculty of the composition program, 2001, taken outside the old Voxman School of Music along the Iowa River.