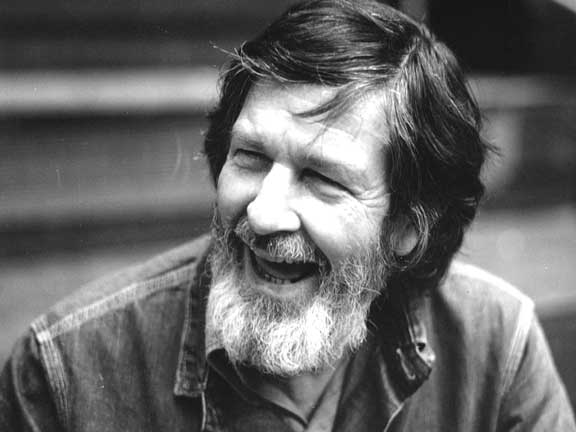 The CNM Ensemble
presents a

including three concerts, afternoon and evening, and
a panel discussion featuring the
Director of the John Cage Trust, Laura Kuhn

Concert performance of Sonatas and Interludes (1946-48)

Concert performance of Lecture on Nothing (1949)

7:30pm at the Riverside Recital Hall

Speech (1955)
for five radios and newsreader 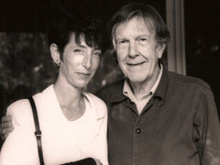 Laura Kuhn enjoys a lively career as an arts administrator, writer, editor, director, and performer. During graduate studies at UCLA, she worked with the infant terrible of lexicography Nicolas Slonimsky, inheriting the editorship of several of his musicological tomes, including Baker's Biographical Dictionary of Musicians and Music Since 1900. From 1986 until his death in 1992, she also worked with John Cage, providing assistance on a number of large-scale projects, including his Europeras 1 & 2, the subject of her 1992 doctoral dissertation. Upon Cage's death, she co-founded, with Merce Cunningham, David Vaughan, and Anne d'Harnoncourt, the John Cage Trust, which she continues to direct. In 2001 she created a theatrical realization of Cage's whimsical radio play, James Joyce, Marcel Duchamp, Erik Satie: An Alphabet, which subsequently toured throughout the world. In 2007, the John Cage Trust went into permanent residence at Bard College, where Kuhn serves as the first John Cage Chair in Performance Arts. 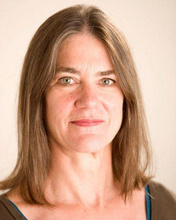 Patricia von Blumröder, born in Oakland, (California) studied piano at the University of Idaho, the University of Iowa and the Staatliche Hochschule für Musik in Freiburg, Germany. Concerts, radio broadcasts and television appearances in Europe and America have given her a reputation as an artist who does not confine herself to the traditional piano literature, but has a keen interest in the new music of the twentieth and twenty-first century. Her contemporary repertoire ranges from the piano music of the New Viennese School (Arnold Schoenberg, Anton Webern, Alban Berg) by way of the French modern music (Claude Debussy, Olivier Messiaen) to the key works in the post-war serial and experimental music (Karlheinz Stockhausen, Pierre Boulez, Luciano Berio, John Cage). She has been acclaimed in performances of Stockhausen's KLAVIERSTÜCKE, Messiaen's Catalogue d'oiseaux, the piano works of Boulez, and Cage's Sonatas Interludes; she has performed these and other compositions as a guest artist at music festivals in Paris, Lille, Leipzig, Hamburg, Salzburg, Fribourg and Zagreb, at the Alte Oper in Frankfurt am Main and at the Berliner Festwochen.

Mark Clague (Associate Professor of Musicology, University of Michigan) researches all forms of music-making in the United States, especially the classical tradition in Chicago, focusing on the functional aesthetic of music, critical geography, and the interrelationship of music and society. Professor Clague served as Executive Editor for Music of the United States of America for six years.

His articles appear in American Music and the Black Music Research Journal as well as the International Dictionary of Black Composers and The Encyclopedia of Chicago. He is at work on books for the University of California and Illinois Presses.

Professor Clague has presented papers at national meetings of the American Musicological Society, the Society for Ethnomusicology, the Center for Black Music Research, and Feminism and Music Theory and frequently lectures around the country. His awards include the University of Michigan's Stanley Medal, a Mellon Fellowship in the Humanities, the Wayne C. Booth Teaching Prize, and, most recently, the 2003 Wiley Housewright Dissertation Prize of the Society for American Music.

In May 2004, his LIVING MUSIC project was awarded a Teaching With Technology Fellowship by the Center for Research on Learning and Teaching. He has been a presenter at the Michigan School Band and Orchestra Conference and the University Provost's Seminar on Teaching.

Before joining the Michigan faculty, Professor Clague was bassoonist with the Chicago Civic and Rockford Symphonies and played periodically with the Grant Park and Chicago Symphony Orchestras. In March 2003, he performed André Jolivet's Concerto pour basson, orchestra a cordes et piano (1954) as the Concerto Competition Winner of the University of Michigan Campus Symphony Orchestra. He has given pre-concert talks for the Ann Arbor, Detroit, and Chicago Symphonies.

An American composer of electroacoustic and multimedia works that have been performed throughout the world, Lowell Cross is also active as an engineer and instrument builder.

Prof. Cross initially studied English and mathematics at Texas Tech University in Lubbock from 1956–61 and earned his first BA in these subjects. He also studied clarinet with Keith McCarty, composition and music theory with Mary Jeanne Van Appledorn and the history of art and architecture with Elizabeth S. Sasser there from 1961–63 and earned his second BA in music. He then studied electronic music with Gustav Ciamaga and Myron Schaeffer, ethnomusicology with Mieczysław Koliński, media and society with Marshall McLuhan, and musicology with Gerhard Wuensch at the University of Toronto from 1964–68, on a Woodrow Wilson Fellowship.

His honors include a Distinguished Alumnus Award from Texas Tech University (1986). His music has been performed throughout the world at several festivals, including twice at the ISCM World New Music Festival (1966, Stockholm; 1977, Bonn) and once at the Venice Biennale (1980). In addition, his multimedia works have been widely exhibited, including twice at the World Exhibition (video art, 1967, Montréal; laser projections, 1970, Ōsaka), for both of which he also utilized technological innovations of his own design.

Prof. Cross is also active in other positions. He has been active as an engineer and producer since 1961 and has produced recordings for various labels, including Albany Records, Bridge Records, CRI, Music & Arts Programs of America, Orion, Philips, the University of Iowa Press, and Vienna Modern Masters. He installed an electronic music studio at Texas Tech University in 1961. Moreover, he has written numerous articles for American, French, German, and Spanish publications, as well as the book A Bibliography of Electronic Music (1967, University of Toronto Press; second edition, 1968, reprinted 1970).

He taught as Lecturer in Music at Mills College in Oakland in 1968–69, where he also served as artistic director of the Tape Music Center. He then served as both a teacher of and technical advisor in electronic music at the National Institute of Design in Ahmadābād, India in 1970, on a John D. Rockefeller III grant. He taught art and technology, musical acoustics, recording techniques, and other subjects at the University of Iowa in Iowa City from 1971–2002, where he was Professor of Music from 1981–2002. He has also given lectures and seminars in Europe and the USA, as well as in Canada, India and Mexico.

Nathan Platte received his Ph.D. from the University of Michigan, where he also completed bachelor degrees in history and trombone performance. Before joining the faculty at the University of Iowa he taught at Michigan and Bowling Green State University. His research interests include American film music, Russian and Soviet music, opera, music and agency, and musical adaptations across media. He has presented papers at national and international conferences, including the Society for American Music, Society for Cinema and Media Studies, and American Musicological Society. His articles and projects have received recognition from the University of Michigan (Louise E. Cuyler Prize in Musicology), Harry Ransom Humanities Research Center (Dissertation Fellowship), and Society for American Music (Mark Tucker Award).

Platte has published in Music and the Moving Image and 19th-Century Music and has forthcoming work in The Journal of Film Music and The Journal of Musicology. Other recent or forthcoming publications include The Routledge Film Music Sourcebook (Routledge, 2011; coedited with James Wierzbicki and Colin Roust), Franz Waxman's "Rebecca": A Film Score Guide (Scarecrow Press, 2012; coauthored with David Neumeyer), and articles in multiple anthologies, including The Oxford Handbook to Music in Film and Visual Media (Oxford University Press, 2012). He is presently writing a book on music in the films of David O. Selznick.