Written for Tadeu Coelho during June and July 2000, Eclogue lasts about six minutes. The title refers to a type of pastoral poem, often in dialogue form, recalling the traditional role of the flute and other wind instruments in the depiction of the pastoral in music. In this piece one might imagine a "dialogue" between sections based on a lyrical, gradually unfolding musical line, and contrasting episodes of "swinging," almost jazzy character. 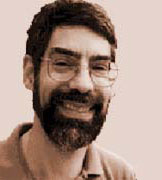 Michael Eckert has taught music theory and composition at the University of Iowa School of Music since 1985, and is currently Head of the Composition/Theory Area. He studied composition with John Richard Ronsheim at Antioch College, and with Ralph Shapey at the University of Chicago, receiving the M.A. in music history & theory in 1975 and the Ph.D. in composition in 1977. Before coming to Iowa he taught at Colorado State University, the University of North Carolina at Chapel Hill, Tulane University, and Antioch College. His awards for composition include the Bearns Prize from Columbia University, a Charles E. Ives Scholarship from the National Institute of Arts and Letters, an NEA fellowship, and the Music Teachers National Association Distinguished Composer of the Year Award. He is also active as a scholar, having published articles on the music of Johnannes Ockeghem and Luigi Dallapiccola as well as editions of Renaissance music, and his research has been supported by the National Endowment for the Humanities and a Fulbright fellowship to Italy.

This group of miniatures for string quartet is a set of character pieces, and uses 19th-century topoi (with a 20th-century twist) for its "characters." These topics include exoticism, the artist as individual, nationalism, etc. The gestures are all overly large, while the durations of the pieces are overly small.

The Tower of Babel

The Tower of Babel is my attempt to write a coherent "post-modern" piece. Since the 70s, the idea of quotation or pastiche has come into vogue, especially the quotation of popular music or jazz. In my opinion, many of the works which employ these techniques are unsuccessful. At the same time, I have always loved the sensation of juxtaposing two very different types of music, or music in different tempos, and having to sort them out or make some sense of the combination or interaction. I decided to explore the idea of combining "gestures" and rhythm, rather than harmony, to define the different arenas. The "gestural arenas" are taken from jazz, rock and roll, 19th-century salon style (Chopin), 20th-century (Italian) modernism, and homophonic chorale-style. They are additionally constrained by register separation. The piece reaches a structural climax at the halfway point, with each half consisting of a sort of canon defined by gesture rather than theme. That is, I will juxtapose two gestures, then move the first gesture into the lower voice and add a new gesture in the top voice, and so on. However, this canonic organization is only roughly adhered to.

The title derives from the biblical story of the Tower of Babel, which describes the creation of the different languages (musics, in this case) in the world, and the subsequent inability of the different peoples (musicians) to understand each other. 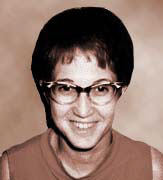 Amelia Kaplan is a Visiting Assistant Professor of Composition and Theory at the University of Iowa. She received her Ph.D. in Music Composition from the University of Chicago, where she also received an M.A. in Composition and in Music History and Theory. Her primary composition teachers include Shulamit Ran, Marta Ptaszynska, and Ralph Shapey. She was the recipient of a Whiting Dissertation Fellowship, which she used to work with Azio Corghi at the Milan Conservatory. Her music has been performed around the U.S. and in Europe in contemporary music festivals. Currently she is working on pieces for Pinotage in Chicago, and bassoonist Benjamin Coelho.

Both of these pieces being performed tonight represent experiments with quotation and use of multiple styles of music, but in very different ways, and from different periods. The first, Tower of Babel, represents my first such attempt, while the string quartet is a more recent work.

A title is a useful means of reference. Of course, opus so and so would do just as well. Only I happen to dislike referring to works by number. What matters is the music alone. How relevant to the music, or otherwise, a listener may find a given title, is entirely up to him. I believe that some of the more striking characteristics of the 'Leo' sign, as symbolized in the traditional zodiac figures, are reflected in the disposition and temperament of the person born under that sign. I am thinking of the lion's lazy peacefulness -- so long as he is left alone -- or of its awe-inspiring outbursts when roused. I have always wanted to pay homage to the unshakeable, natural, completely unpretentious self-reliance of the lion and to its terrific fighting power . . . Leo shows the way I tried to do it. R.G.

Commissioned by the Hopkins Center, Dartmouth and first performed there in 1969 by the Festival Orchestra under Mario de Bonaventura,   Leo (The Lion) was Gerhard's last completed work. 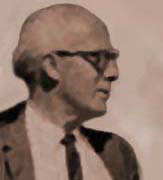 The career of Roberto Gerhard may be divided in two halves -- before and after exile. Born in Valls, Catalonia, in 1896, he achieved local recognition already in his early twenties, with the first performances and publication of a substantial song-cycle and a Piano Trio. After studying with Schoenberg in Berlin (1923-8), he returned to Barcelona, becoming the prime figurehead in contemporary music there. While continuing to compose, he taught composition, worked as a researcher at the Bibioteca di Catalunya, and wrote well-informed though often polemical articles about new music for leading newspapers and magazines. Gerhard breathed fresh life into the Barcelona musical scene, opening it up to ideas from the rest of Europe. He brought Schoenberg and Webern to Barcelona and helped publicize and the work of other prominent artists such as Bartok and Hanns Eisler.

With the onset of the Spanish Civil War, Gerhard left to live in Cambridge, England, where a minor research fellowship had been arranged for him at King's College. He and his wife, Poldi -- whom he had met in Vienna as a member of the Schoenberg circle and married in 1930 -- lived there for the rest of their lives.

In exile, Gerhard made a living writing incidental music for radio and the theatre and his reputation grew throughout the 1950s and 60s, leading to commissions for substantial works from the BBC and other bodies. In the early 1960s, he became known in the USA, where he taught at the University of Michigan, Ann Arbor, and Berkshire Music Centre, Tanglewood. At this time, his music began to get published again and recorded: and numerous younger generation musicians and conductors were attracted to his exciting, innovatory late works, most notably the conductor David Atherton, then founder-conductor of the London Sinfonietta, who presented a conspectus of the entire chamber works of Gerhard and Schoenberg in 1972.

Gerhard died in 1970; his wife outlived him by 24 years. Following his death, his music was rather neglected. But a wave of new recordings and publications appearing since the celebrations of the centenary of his birth in 1996 has re-awakened interest in and enthusiasm for Gerhard's music -- not least in Spain where, during the Franco regime, his music was officially ignored.