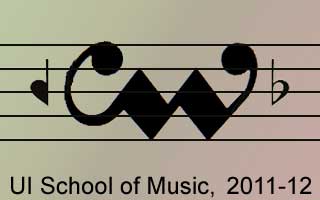 was commissioned by saxophonist, Joel Vanderheyden. While discussing ideas for the piece, it quickly became apparent that we were both interested in a composition that was influenced not only by the classical world, but also the world of jazz and rock. Bridge Suite is the result of the search for this "middle ground."

Although the title of the work suggests that the composition is a dance, it isn't really. It is titled Tango... simply because the motive of the main theme (used in the very opening of the piece in the first violin part) is reminiscent of a rhythmic patter of a tango. The piece could, perhaps, be described as "neurotic", as it features intense bursts of relentless emotion. The general form of the piece is ABCA'. Although the piece is formally atonal, its pitch centricity is established through the composer's frequent use of major and minor thirds as well as reiterations of certain pitches throughout the musical phrases. The work is very technically demanding for both violinists, as it features fast rising passages, double- and triple-stops in fast successions, employs high registers on all four strings of a violin, and requires much energy to communicate the spirit of this composition.

Duo means two in Latin. The meaning, two, refers not only a musical piece performed by two people, but also harmonies and contrasts between the trumpet and bass trombone. In addition, the two is also related to internal structures of intervals in the piece. For example, at the beginning, two instruments similarly play static long notes, but the bass trombone slowly and contrastively shows microtones with Portamento at the same time. In the piece, the intervals are mainly major and minor seconds, and augmented fourths. Here, the two means that each number is balanceable, so the augmented fourth is related to the number because an augmented fourth note from a fundamental note in one octave is a center tone. Totally, the musical story progresses through static and dynamic movements that are organized by reductions and extensions of the motives, and each instrument shows subtle, different aspects in similar movements in each section.

Born in Seoul, Korea, Yunsoo Kim is a composer and a second-year master student in Music Composition at the University of Iowa and has studied with Dr. David Gompper and Lawrence Fritts since 2009. Before coming to the U.S., Kim earned his Bachelor's Degree at Chugye University for the Arts in Korea. His work, Flowing lights, was performed in the 38th Seoul Contemporary Music Festival at Sejong Center for the Performing Arts in 2006, and another work that is music for string quartet and electronics was performed in Nong Project 2006 at KNUA hall. In 2011, he has been orchestrating the international exchange music concert between U of Iowa and Chugye University for the Arts.

was inspired by the poem Sundown by Henry Wadsworth Longfellow. It describes the warm summer sun slowly passing across the sky towards the incredible intensity of darkness. Within this poem, like many of Longfellow's work, he infuses a human element that relates to a natural phenomenon. In this poem, he juxtaposes life, death, love, hate and seems to ponder these emotions while watching the sun make its departure as "a red seal" at the end of the day. The string quartet, Sundown, represents the colors produced in the sky from the time it becomes a vibrant red at dusk, until it is completely calm, dark and quiet. Sundown was written in the fall of 2010 for a reading session with the JACK Quartet.

Zach Zubow's compositions have been featured on numerous new music conferences and festivals throughout the United States and abroad, including the 2010 Society of Composers (SCI) National Conference in Columbia, South Carolina. Zach was also named regional winner in the 2011 SCI/ASCAP Student Composition Commission Award for his string quartet, Sundown, and was also the 2011 first prize recipient of the Five College Composition Competition hosted by the University of Massachusetts-Amherst for his alto saxophone and percussion duo, Rounded Angles. Zach has received degrees from Luther College, Illinois State University and is now pursuing a PhD in music composition at The University of Iowa. For more information please visit www.zachzubow.com.

One night I awoke around 3am to the incessant pounding of music in my head. I had been dreaming about rereading a novel that had, as a main character, the demon who once took the form of a snake in the garden of Eden. Out of the corner of my eye, half conscious, I kept thinking I saw something slinking around in the shadows of my bedroom. I decided the best thing to do was to wake up and compose this piece. I named it "crawly" after the character in the book.

In the broadest sense Chiasma encapsulates two trajectories, a descending vector from G2 to C2 and an ascending vector from inharmonicity to harmonicity. The "chiasm" is a climactic, intermediate point in the musical narrative possessing Eb2 harmonic implications juxtaposed as a midpoint along the vector toward harmonicity. In more detail, the pitch language is derived initially from the overtone spectrum of the cello's G2 with individual overtones transposed by octaves or otherwise manipulated resulting in a lack of fusion, congruence, or harmonicity among these pitches. Polyphonic and contrasting linear treatment of these pitches blurs further a sense of unity. In contrast, the end of the piece features overtones drawn from the cello's C2 at their proper pitch level and a more homophonic vertical alignment of the four voices - in short, a more unified, harmonic destination.

Matt Smart is a doctoral candidate in music composition at the University of Iowa. Current and past composition instructors include Tom Flaherty, Frank Felice, Michael Schelle, David Gompper, and Lawrence Fritts. Matt received his B.A. from Pomona College and M.M. from Butler University where he was co-founder of the experimental new music group Ensemble 48. Matt's compositions have been performed by touring ensembles in China, Hong Kong, and Brazil as well as domestically. Before adopting composition full-time, Matt had musically directed over twenty theatrical productions, conducted dozens of ensembles and toured internationally as a pianist.

as the title suggests, is intended to evoke prosody, and more specifically, characteristics of mood as conveyed through the spoken word. While certainly not spanning the entire gamut of our many "tones of voice", I intend passages to encompass an emotional range from luring to angry; from timid to even something like the idle chatter heard on Fox's The O.C. Most, if not all, of the passages are closely related to set 0146 with formal divisions by semitone.

Will Huff received his Bachelors of Music, summa cum laude, at the University of Arkansas, Fayetteville, where he studied with Dr. Robert Mueller. While studying there, the Fort Smith Symphony, directed by John Jeter, commissioned Will to compose a short piece celebrating youth in music receiving its world premiere in March of 2008. In addition to the commission, Fort Smith pardoned Will from the infamous hanging judge and was given a key to the city. He went on to study at Butler University under Drs. Michael Schelle and Frank Felice. After receiving his M.M., Will moved to Chicago and worked at the Chicago Symphony Orchestra while composing for friends and playing in the band Bricklayer's Foundation. He is currently pursuing a doctorate at University of Iowa, studying with Dr. Fritts.

is the first of a series of pieces written as an exploration in relative perspective. As Einstein's theory of relativity states, the motion and acceleration of one object is relative to the motion and acceleration of the observer: a fast object appears to be still when observed by an object moving just as fast and in the same direction. Here, melodic material is conceived as a static object while the perspective of the audience is imagined to move closer/further from the sound - thus perceived as faster or slower. This concept is cyclic: longer durations when closer deteriorate into noise, noise when slowed is comprised of discrete gestures, and gestures when slowed become discrete pitches of longer and longer durations, and the system becomes self-contained. The effect is similar to that of fractal geometry.

Brian Penkrot is an American composer of concert, film, and stage music. Brian is originally from Chicago but has lived and worked in cities across the US. He is a guitarist and has studied drums, piano, violin, voice, improvisation, film, and dance. He received is MM from the University of Nevada Las Vegas and his BM from Columbia College Chicago. For a full listing of news and upcoming performances, please visit his website at www.brianpenkrot.com.