Music of the 90's and Beyond 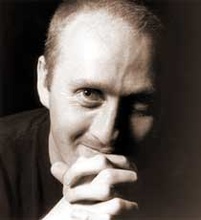 Adam was written between October 1989 and January 1990 for Ixion's South Bank Debut in March 1990. The title Adam has many possible meanings - a reaction to Barnett Newman's painting "Adam" in the Tate Gallery, a lament on the suicide of a young musician, Adam Collins, or the image of the primal "first man." Of primary importance in Adam is its rawness of palette. Often aggressive, the three duos (oboe/clarinet, 2 trombones, cello/double bass) pitted against each other create an emotionally wrought world of mournful violence. The moments of "calm" are glances at the other side of this emotional spectrum. The temperament of my music, (and its emotions) often gravitates between the poles of melancholy and a desperately aggressive nature. Perhaps this says something of our world? - but more likely is tied-up with the primal instincts that music can evoke. - Andrew Toovey

Andrew Toovey was born in London in 1962, and studied composition with Jonathan Harvey, Michael Finnissy and briefly with Morton Feldman. He won a series of prestigious composition prizes including the Tippett Prize, Terra Nova Prize, the Bernard Shore Viola Composition Award and an RVW Trust Award. Toovey was associate composer for the Young Concert Artists Trust (YCAT) from 1993-5 and has been the artistic director of the new music ensemble IXION since 1987. Toovey's works have been performed throughout the UK, Europe, Canada, Japan and the USA. His works have also been featured at the Bergen, Brighton, Gaudeamus, Huddersfield and ISCM festivals and the Darmstadt and Dartington summer schools. The New York Times says "Toovey's music is unapologetically complex, though personal and powerful too." 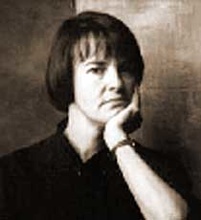 Dancing Solo was commissioned by clarinetist Caroline Hartig, who gave the first performance at Weill Recital Hall of Carnegie Hall, New York, on March 11, 1994. Libby Larsen writes: "Dancing alone - improvising with the shadows, the air, on an inner beat, upon a fleeting feeling - has always enthralled me. With Dancing Solo, I am making a dance for clarinet, a dance composed of color, rhythm, beat implied and explicit, and breath: the music is the dance and the dance is the music."

Libby Larson is one of America's most prolific and most performed living composers, having created a catalog of over 200 works spanning virtually every genre. She was the first woman to serve as composer-in-residence with a major symphony orchestra, and she has received commissions from such artists as Susanne Mentzer, Fredericka von Stade, and the King's Singers. Recordings of her works are widely available on the Angel/EMI, Nonesuch, Decca, and Koch International labels. In 1973 she co-founded the Minnesota Composers Forum, now the American Composers Forum, which has been an invaluable advocate for composers in a difficult transitional time for American arts. 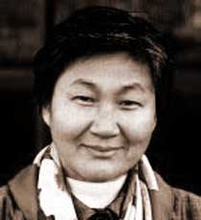 The word U-Mul means 'well' - "the sustainer of life around which the people gather." In this musical analogy, Pagh-Pann creates a continuous melodic line around which individual instruments add ornamental timbres and non-functional chord clusters, reminiscent of the East Asian mouth organ. The musicians sit in an unusual arrangement: the percussionist is at the center, with the flute and clarinet, violoncello and double bass, and violin and viola surrounding him symmetrically. The work consists of several sections in a mirror form, which increase in tempo until the middle of the piece, and then slows down until the end. Sections are demarcated by solo percussion statements and tremelos. U-Mul brings together all of Pagh-Paan's stylistic characteristics, such as linear writing in a non-harmonic framework, ornamentation and lyricism, strong gestures characterized in part by complex timbres and pitch bends, and references to Korean court music.

Younghi Pagh-Paan was born on October 30, 1945 in Cheongju (South Korea). She studied music theory and composition at the Seoul National University. In 1974 she received a DAAD Scholarship and went to Germany to continue her studies at the Musikhochschule Freiburg. While there she studied composition with Klaus Huber and Brian Ferneyhough, music theory with Peter Foertig, and piano with Edith Picht-Axenfeld. Her compositions have been performed at the Donaueschinger Musiktage, at ISMC World Music Days, and at numerous festivals. Pagh-Paan is currently a professor of composition at the Hochschule fuer Kuenste, Bremen where she was awarded the Heidelberg Prize for Women Artists in 1995.

Oscillations, for solo oboe, violin, viola, violoncello, and piano, was written in the spring of 2002. The piece takes its motivation from the meaning of the word oscillation, or fluctuation. Pitches oscillate up and down microtonally, rhythms fluctuate between those which are energetic and those which are lethargic, and overall the piece fluctuates between regions of stillness and regions of restlessness. - Marty McGinn

Martin McGinn is currently a senior studying composition at the University of Iowa. His teachers include Robert Rathmell, Dimitri Papageorgiou, David Gompper and Amelia Kaplan. 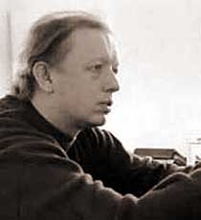 Sesso e Violenza, a chamber concerto for two flutes and chamber ensemble, was composed at the American Academy in Rome between December, 1995 and April, 1996. It is a dramatic and intense composition that starts softly with the solo flutes and strings in unison on a haunting introduction of the main theme, the "cantus firmus" upon which the rest of the work is built. This serenity is not long lived, however, as the solo and ensemble instruments begin to splinter off and explore different and more extreme rhythms, ranges, and dynamics. These explorations often result in dialogues between the various instruments which become quite intense, especially after the more "violent" percussion instruments enter. The dramatic shape of the work is controlled by these dialogues, some of which are harsh and unforgiving, others tender and loving. In addition to the "cantus firmus", which reappears throughout the work, the technique of unison scoring heard at the beginning is crucial to the structure of the piece. Unison writing occurs in each movement, and represents the antithesis of the complex and intense counterpoint which is also found throughout the work. It is the unison that wins out, however, as Rakowski points out in his program notes; "The drama of the rest of the piece is guided by various reappearances and disappearances of the unison music in all but the flutes...until eventually the flutes are sucked back into the unison at the end, kicking and screaming." Sesso e Violenza was commissioned by the Serge Koussevitzky Music Foundation in the Library of Congress, the Koussevitzky Music Foundation, Inc., and Ensemble 21. - notes by Major Michael Colburn.

David Rakowski has received various awards and fellowships, from organizations such as the Koussevitsky Foundation, the American Academy in Rome, the Fromm Foundation, and the Guggenheim Foundation. He has twice been a finalist for the Pulitzer Prize in Music. Rakowski's repertoire includes four concerti, two symphonies, 48 piano etudes, three song cycles, and several works for chamber ensemble. His music is performed widely and is published by C.F. Peters. Currently he teaches composition and theory at Brandeis University.