as part of a series of lectures and performances for

A Conference at the University of Iowa sponsored by the
Department of Classics, the School of Music and the
American Philological Association Committee on Outreach 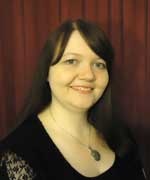 Rebecca von Kamp, soprano, received her Masters in Music in Vocal Performance from the University of Louisville. Mrs. von Kamp then spent a few years teaching private voice and pursuing performance opportunities before entering the University of Iowa as a Ph. D. candidate in Vocal Literature. Mrs. von Kamp currently serves on the Voice Faculty of Coe College and also teaches voice for the Marion Music Academy. She is a student of Dr. Katherine Eberle.

Stephen Swanson is a concert and opera singer and a teacher of singing. He earned degrees from North Park College and Northwestern University and served a two-year AGMA apprenticeship with the Wolf Trap Company. After an internship at the International Opera Studio of the Zurich Opera, Swanson sang in Europe, amassing a repertoire of 91 roles in opera and operetta. Since 1994, he has been Professor of Voice at The University of Iowa. Visit his website. 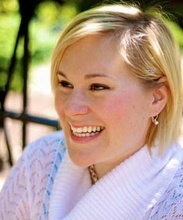 Janet Brehm Ziegler recently received her Master of Music in Vocal Performance from The University of Toledo in Toledo, Ohio where she spent four years performing with the Toledo Opera as well as teaching a private voice studio. Janet is a new DMA candidate in Vocal Performance studying with Susan Sondrol-Jones and was recently cast as The Governess in Benjamin Britten's Turn of The Screw with the University of Iowa's Martha Ellen-Tye Opera Theater. 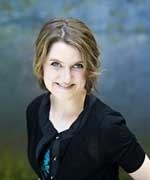 Carolyn-Anne Templeton is in her first year of graduate studies at the University of Iowa. She holds dual degrees in Vocal Performance and Political Science at Depauw University in Greencastle, Indiana, where she performed in lead roles at the DePauw Opera theatre, masterclasses with Jake Heggie and Steven Rickards, and placed at the Great Lakes Regional NATS Competition for four years in a row. Outside of academic work, she performed at Opera in the Ozarks for three summers and has been active in many choral ensembles, currently the UI Kantorei and IC Chamber Singers, previously DePauw Chamber Singers, Indianapolis Chorale and Vox Musae. She hails from Sherman, Texas and studies with Stephen Swanson. 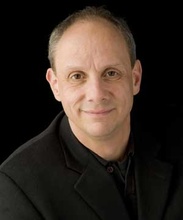 John Muriello teaches voice at the University of Iowa. He holds a DMA from the University of Michigan and an MM and BM from Illinois State University. His participation in contemporary music festivals include the Union of Composers Autumn Festival, Moscow, the Banff Centre for the Arts, Canada, the Universities of Michigan and Iowa, and James Madison University. Muriello's varied stage credits include Tartuffe in Kirk Mechem's Tartuffe, the Lecturer in Argento's A Water Bird Talk, Ko-Ko in The Mikado, Marcello in La Bohème, and Voltaire in Candide. Muriello recently released a CD of songs cycles through Albany Records to texts of the Greek poet Constantine Cavafy with David Gompper. 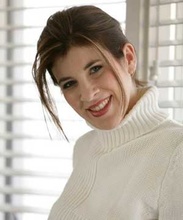 Ann Cravero, acclaimed mezzo-soprano has been heard on stages in Italy and the United States including repeat performances at Weill Recital Hall in Carnegie Hall. Recent performances include solo engagements with the Lyric Symphony Orchestra, CA; The Bach Festival, IL; The Central Wisconsin Symphony Orchestra, and the Alexander and Buono Festival, Italy. Cravero participated as an apprentice in the Des Moines Metro Opera, and Rome Festival. Dr. Cravero is a frequent soloist with the Center for New Music in Iowa City, IA. In the fall of 2009 she was commissioned by the Iowa Composers' Forum to tour IA with pianist Miko Kominami. Dr. Cravero holds a D.M.A. from the University of Iowa. She is Associate Professor of Voice and Opera Director at Drake University.

I.
I shall be ever maiden
If thou be not my lover,
And no man shall possess me
Henceforth and forever.

But thou alone shalt gather
This fragile flower of beauty,--
To crush and keep the fragrance
Like a holy incense.

Thou only shalt remember
This love of mine, or hallow
The coming years with gladness,
Calm and pride and passion.

II.
In the apple boughs the coolness
Murmurs, and the grey leaves flicker
Where sleep wanders.

In this garden all the hot noon
I await thy fluttering footfall
Through the twilight.

III.
Love shakes my soul, like a mountain wind
Falling upon the trees,
When they are swayed and whitened and bowed
As the great gusts will.

I know why Daphne sped through the grove
When the bright god came by,
And shut herself in the laurel's heart
For her silent doom.

Love fills my heart, like my lover's breath
Filling the hollow flute,
Till the magic wood awakes and cries
With remembrance and joy.

Ah, timid Syrinx, do I not know
Thy tremor of sweet fear?
For a beautiful and imperious player
Is the lord of life.

Ivor Gurney (1890-1937), born in Gloucester, England was educated at the Cathedral Choir School and the Royal College of Music where he studied with Sir Charles Stanford and Vaughan Williams. He joined the army in 1915 and served in the trenches of the Great War, returning home wounded and gassed in 1917. He died in an asylum from TB in 1937.

William Bliss Carman (1861-1929), one of Canada's greatest poets, published Sappho: One Hundred Lyrics in 1904, imaginative reconstructions based on surviving fragments.

I. Epitaph of Timas (Sappho)

Behold the dust of Timas dead.
She knew not wedlock's hour
For'ere that day her golden head
Passed to the dark maid's bower.

Yea, she has gone,
And all her comrades fair
Have shorn with flashing steel
The radiance of their hair.

Now swallows build beneath the eves [sic]
And shape anew their rounded homes
Now meadows smile with tender leaves
And know that spring has come.

Come then ye shipmen hoist the sail
And from its nest the anchor haul
Coil the wet ropes and take the gale
Lo, I Priapus call.

Thou gazest on the stars;
Would I might be,
O star of mine, the skies
With myriad eyes to gaze on thee.

I.
Come to me now, Muses.
Leave your gold house.

O daughters of Zeus,
come to me now,
O Graces of the pink arms.

To me they brought honor, for they
gave me the secret of their craft.

Come, holy tortoise shell,
my lyre, and become a poem.

I being with words of air
yet they are good to hear.

III.
In gold sandals
dawn like a thief
fell upon me.

IV.
Like a mountain whirlwind
punishing the oak trees
love shattered my heart.

V.
Now in my heart
I see clearly a beautiful face,
shining,
etched by love.

—translations by Willis Barnstone are taken from Sappho: Lyrics in the Original Greek with Translations (New York, 1965)

Composed respectively in February and September 1941, these are the earliest of some forty musical settings by various Italian composers of translations by the Sicilian poet Salvatore Quasimodo (Lirici Greci, Milan, 1940). The text of the first lyric incorporates five fragments by Sappho--a procedure Quasimodo often employed in his translations--to create a brief monologue. Petrassi dedicated the first song to Quasimodo, the second to the author Massimo Bontempelli. In 1941 Petrassi also arranged the piano part of Due liriche for eleven instruments.

Goffredo Petrassi (1904-2003) and Luigi Dallapiccola (1904-1975) were the two most important representatives of their generation of Italian modernist composers. Petrassi was born near Rome, studied organ and composition at the Santa Cecilia Conservatory, and came to prominence when Alfredo Casella conducted his Partita for orchestra at the 1934 Amsterdam ISCM festival. His earlier music shows the influence of Bartok, Hindemith and Stravinsky, but from the late 1950s he drew upon the post-Webern idiom of such younger Italian composers as Luciano Berio, Luigi Nono, and his pupil Franco Donatoni. Among Petrassi's best-known works are the Coro di Morti (1941) and the eight Concerti for Orchestra composed between 1934 and 1972.

Music for a While

Music for a while
Shall all your cares beguile:
Wond'ring how your pains were eas'd
And disdaining to be pleas'd
Till Alecto free the dead
From their eternal bands,
Till the snakes drop from her head,
And the whip from out her hands.

Catullus: On the Burial of his Brother

The first polyphonic compositions to make use of texts by Virgil, Ovid and, in the beginning, mainly of the Odes of Horace, came into existence under the impulse of prominent humanists. The ode was to become the favorite form of composers who applied themselves to the musical setting of classical literature. The humanists were convinced that music was an essential element in poetic declamation, and the resulting compositions showed a meticulous respect for literary prosody. The first examples of ode compositions follow the techniques of the Alexandrian school in which quantitative scansion reigned supreme: the composers made use of only two note values (brevis and semibrevis) in order to maintain the ration of 2:1. This resulted in a freely measured, homorhythmic and syllabic setting of the texts in which the interpreter "express the musical values of the verbal rhythm according to the emotional effects of the soul and the body". The finest example can be heard in this four-voice Ode by L. Senfl.

Dallapiccola's three cycles of Greek lyrics by Sappho, Alcaeus, and Anacreon, each for soprano voice with a different instrumental ensemble, were composed during a difficult period when the composer and his Jewish wife Laura had occasionally to take refuge outside Florence to escape organized anti-Semitism. If the shadow of Alban Berg can be heard behind the first and last of the Cinque Frammenti di Saffo, Dallapiccola's prediliction for canonic writing in the later pieces shows the influence of Anton Webern, whom Dallapiccola met for a few hours during a brief visit to Vienna in March 1942. The Alcaeus songs were originally dedicated to Webern on his 70th birthday, December 3, 1943; the published score of 1946 carries a dedication to Webern's memory. Sex Carmina Alcaei begins with one of Dallapiccola's most memorable melodic inspirations, and after this "Expositio" each song treats the row canonically. The cycle's recondite Latin title, and the descriptions on the title page of "Canones diversi, motu recto contraioque, simplices ac duplices, cancrizantes, etc., super seriem unam tonorum duodecim," pay homage to the Flemish composers of the early Renaissance, and perhaps to Bach's Musical Offering and Art of Fugue, thus signaling Dallapiccola's opposition to the then-prevalent esthetics of musical neoclassicism.

Luigi Dallapiccola was born in Pisino d'Istria, where his father was principal and teacher of classics at the town's Italian high school. In 1922 he moved to Florence, which become his adopted city, and where he taught secondary piano at the conservatory from 1934 to 1967. Beginning in the late 1930s Dallapiccola gradually incorporated twelve-tone melodies into his music alongside elements of diatonic modality. The three cycles of Greek Lyrics are early examples of his many masterful compositions for solo voice with various chamber ensembles. A 1946 performance of Canti di Prigionia (Songs of Imprisonment, 1938-41) at the first postwar ISCM festival in London brought Dallapiccola to international attention, and in the following decades Il Prigioniero (The Prisoner, 1943-48) became the most widely-staged opera of any Italian composer after Puccini. Dallapiccola's last large-scale work, the opera Ulisse (1960-68), portrays Odysseus as a symbolic, tormented searcher, but it remains unperformed outside of Europe.