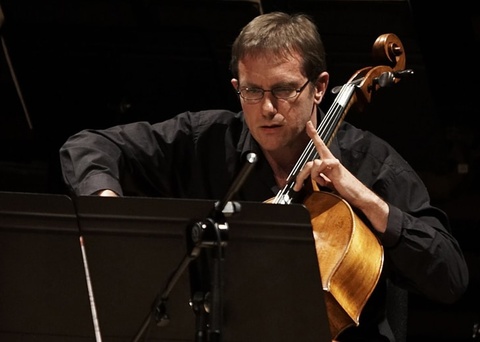 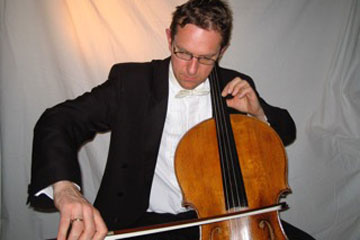 Tim Gill began to play the cello at the age of eight, subsequently studying with Dimitry Markevitch in Paris, Christopher Bunting at Cambridge and David Strange at the Royal Academy. In 1989-90 Tim was resident artist at the Banff Centre, Canada, where, as a result of winning the Banff concerto competition, he was invited to play the Elgar concerto with the Calgary Philharmonic and later to tour Canada as a recitalist.
His Purcell Room debut in 1990 was met with critical acclaim and resulted in an invitation from the Park Lane Group to give the Priaulx Rainier recital the following year. Tim has since given recitals and played concertos throughout the UK, Europe and India. In 1995 he recorded Beethoven's complete works for cello and piano for Dutch radio with Marietta Petkova, and in 1996 he gave his Wigmore Hall debut and released two CDs on the Guild label with pianist Fali Pavri.
Tim is currently principal cellist with the Royal Philharmonic Orchestra and the London Sinfonietta. He is also much in demand as a soloist and chamber musician.
"Timothy Gill and Fali Pavri elicit a searing lyricism bringing tremendous sense of direction to the melodic invention which can so easily meander in lesser hands". Classic CD;
Tim Gill became principal cellist of the London Sinfonietta in June 2005. 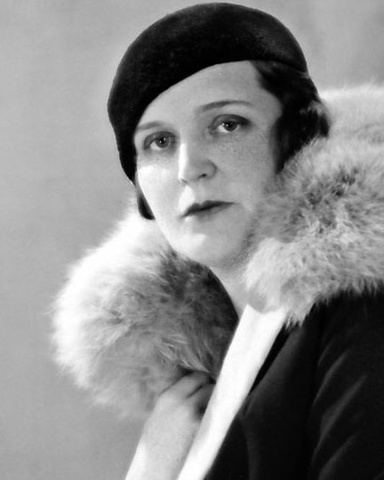 Germaine Tailleferre was born in the late 19th century into an orthodox Norman farming family, living on the outskirts of Paris. Although her talent was recognized when she was just a toddler, her music lesson was hampered by her authoritarian father, who likened professional musicians to prostitutes. Nonetheless, the determined young musician was able to complete her education at the Paris Conservatoire with the support of her mother. During her days at the Conservatoire, she received many prizes, in addition to constant encouragement from her teachers. She also became friendly with five young composers there, with whom she went on to form the famous ‘Les Six’ under the mentorship of the legendary composer and pianist, Satie. However, her natural modesty and two bad marriages hindered her career to a great extent. Her contribution to the world of music was also undervalued because of the patriarchal mindset of that time. Many of her works were lost due to the gross underestimation of her music, but they are now being revived by French and British recording companies, orchestral programmers and broadcasters. As her compositions are beginning to be restored, Tailleferre is also rightfully starting to get her rightful place in the music history. 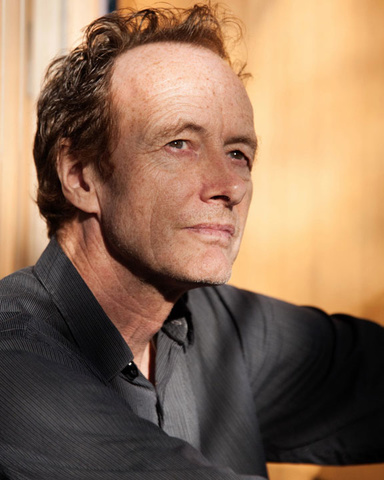 Beat Furrer was born in Schaffhausen (Switzerland) in 1954 and received his first musical training on piano at the Music School there. After moving to Vienna in 1975, he studied conducting with Otmar Suitner and composition with Roman Haubenstock Ramati at the Hochschule für Musik und Darstellende Kunst. In 1985 he founded the Klangforum Wien, which he directed until 1992, and with which he is still associated as conductor. Commissioned by the Vienna State Opera, he composed his first opera Die Blinden. His second opera Narcissus was premiered in 1994 as part of the Festival “steirischer herbst” at the Graz Opera. In 1996 he was composer-in-residence at the Lucerne Festival. His music theatre work Begehren was premiered in Graz in 2001, the opera invocation in Zürich in 2003 and the sound theatre piece FAMA in Donaueschingen in 2005. In autumn 1991 Furrer became a full professor of composition at the Hochschule für Musik und Darstellende Kunst in Graz. He has been guest professor in composition at the Hochschule für Musik und Darstellende Kunst in Frankfurt 2006–2009. Together with violinist Ernst Kovacic he founded "impuls", a International Ensemble and Composers Academy for Contemporary Music. In 2004 he was awarded the Music Prize of the City of Vienna, and in 2005 became a member of the Academy of Arts in Berlin. He was awarded the Golden Lion at the Venice Biennale in 2006 for his work FAMA. In 2010 his music theatre Wüstenbuch was premiered in Basel. In 2014 he was awarded with Great Austrian State Prize. In 2018 he received the Ernst-von-Siemens music prize in recognition of his lifetime's compositional outoput. His latest opera La Bianca Notte based on texts by Dino Campana, was premiered in Hamburg in spring 2015. In January 2019 his new opera Violetter Schnee(Violet Snow) with a libretto by Händl Klaus based on a libretto by Vladimir Sorokin premiered at the Staatsoper Unter den Linden in Berlin. Since the 1980s Beat Furrer has composed a wide range of works, from solo and ensemble music to orchestral and choral works and opera. He is well known for his nuanced exploration of the human voice and its relationship to instrumental sound. 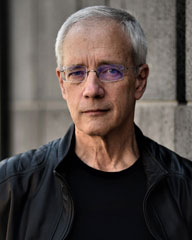 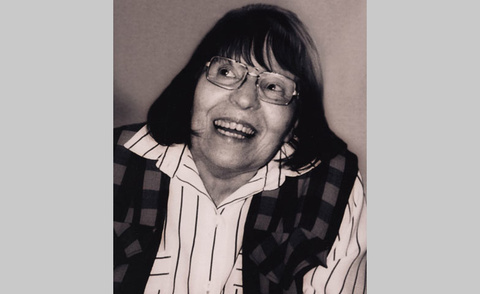 Though she remained largely outside the public eye during her lifetime, Galina Ustvolskaya came to be recognized as one of the key Russian modernist composers of the late 20th century. And though she studied with Shostakovich in the early 1940s, earning her teacher's immense praise, she carved out a wholly different path from his: a private and reclusive world of stark landscapes filled with extreme and abstract gestures, without the comfort of familiar ideas about structural narrative and tonality. – Anthony Cheung 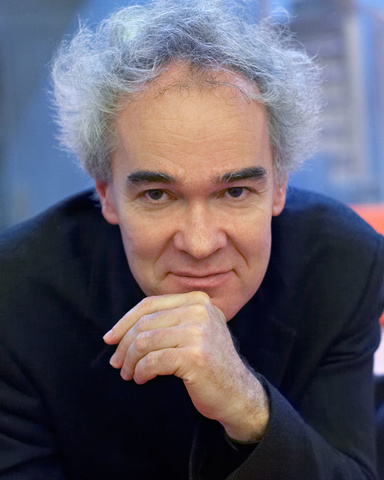 Born in Geneva in 1958, Michael Jarrell studied composition at the Geneva Conservatory with Eric Gaudibert and at various workshops in the United States (Tanglewood, 1979). He completed his training with Klaus Huber at the Freiburg Staatliche Hochschule für Musik im Brisgau. Starting in 1982, his works have received numerous prizes: prix Acanthes (1983), Beethovenpreis from the city of Bonn (1986), Marescotti prize (1986), Gaudeamus (1988), Henriette Renié (1988), SiemensFörderungspreis (1990) and Musikpreis der Stadt Wien (2010). Between 1986 and 1988, he was in residence at the Cité des Arts in Paris and took part in the computer music course at Ircam. He resided at the Villa Médicis in Rome during 1988/89, and then joined the Istituto Svizzero di Roma in 1989/90. From October 1991 to June 1993, he was composer in residence with the Lyon Orchestra. Beginning in 1993, he became professor of composition at the University in Vienna. In 1996, he was "composer in residence" at the Lucerne festival, and then was heralded by the Musica Nova Helsinki Festival, which dedicated the festival to him in 2000. In 2001, the Salzburg Festival commissioned a concerto for piano and orchestra entitled Abschied. The same year, he was named "Chevalier des Arts et des Lettres". In 2004, he was named professor of composition at the Geneva Conservatory. 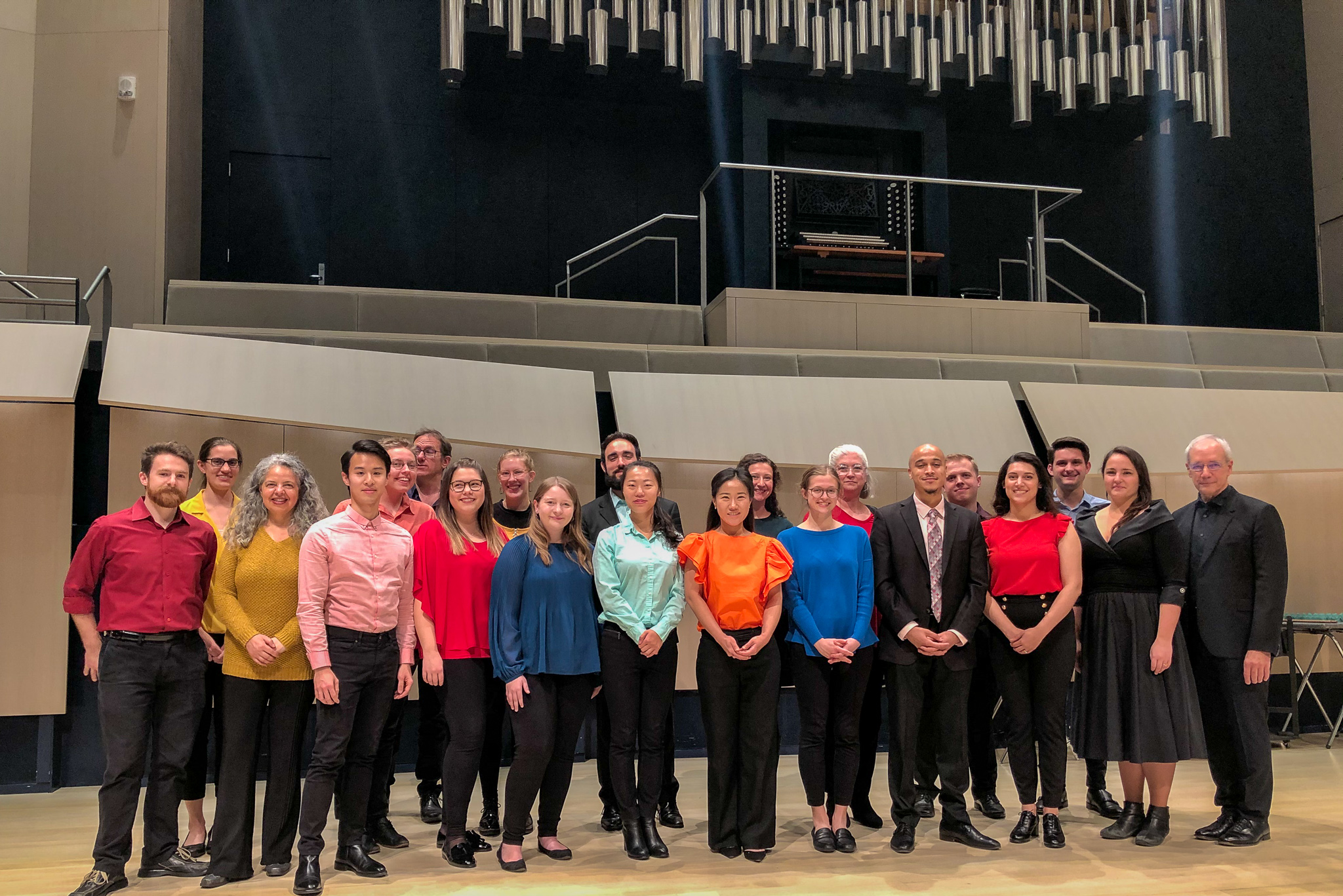 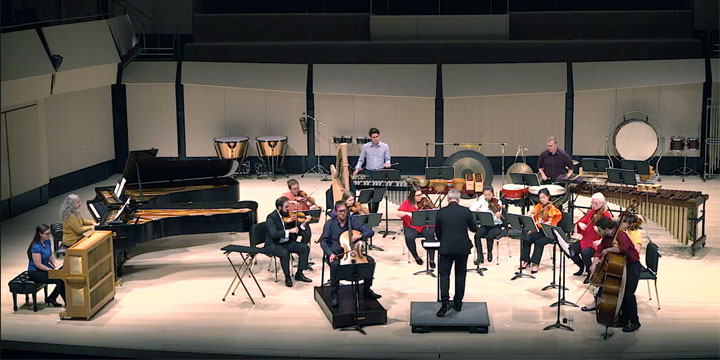