UI hosting composers from the
Universities of Iowa, Michigan, Indiana and CCM
The University of Iowa, School of Music Concert Hall

My Metal Bird Can Sing combines melody with audio glitches, and ambience with noise. Although the piece does not have any kind of strong programmatic elements, I chose the title based on the similarity of some of the sounds used near the end of the piece. I was fond of the way that the kind of lively digital chirping noises blended with some of my recordings of morning birds. 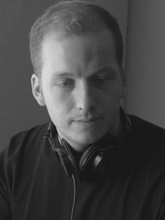 Michael Lukaszuk (b.1989) is a Canadian composer based in Cincinnati, Ohio. He is currently in the third year of a DMA in Composition at the University of Cincinnati, College-Conservatory of Music where he studies with Mara Helmuth. Michael holds degrees in music theory and composition from the University of Western Ontario. His music has been performed at events such as the International Computer Music Conference, the Toronto International Electroacoustic Symposium, the SEAMUS National Conference, the New York City Electroacoustic Music Festival, Electronic Music Midwest and New Music Edmonton’s Now Hear This Festival of New Music. In 2015, Michael received 1st prize in the SOCAN Foundation's Hugh Le Caine Awards for electroacoustic music. While much of his recent output consists of fixed electronic works, improvisation with electronic and computer music instruments is an important part of his creative practice. Michael is the director of the Cincinnati Composers Laptop Orchestra Project (CiCLOP). He is particularly interested in designing new musical instruments that allow users with any level of experience to create and perform electronic and computer music.
Ataktos Errimmena
Alexandros SPYROU (Iowa)
Hongwei Cai, Xuan Kuang and Nathanael Filippelli, piano

Ataktos Errimmena is a phrase found in Xenophon’s Memorabilia and roughly translates to “disorderly dropped”. In this piece each pianist performs six collections of fragments which are “disorderly dropped” in a series of metric taleas. In section A all three pianists are uncoordinated and play in fluctuating tempo. In section B there are three formations each one consisting of a pair of coordinated pianists and a pianist playing in fluctuating tempo. In part C all three pianists are fully coordinated. 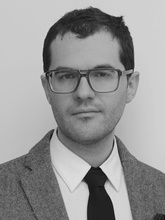 Alexandros Spyrou is a Greek composer and music theorist. His music has been performed in Greece, Italy, the United Kingdom and the United States by such ensembles as the London Sinfonietta, JACK Quartet, Ensemble MDI Milano, Musica Nova Ensemble and Ensemble DissonArt. Alexandros studied composition with Michael Finnissy, David Gompper, Evangelia Kikou, Josh Levine and Athanasios Zervas. He has been a scholar of the Fulbright Foundation, IKY Foundation, Stanley Foundation, City Council of Ioannina, University of Iowa, and Harry Triantafillu Foundation. He is a PhD candidate at the University of Iowa.

¡Carnaval del Diablo!
Felipe TOVAR-HENAO (Indiana)
matachinesque ritual for amplified clarinet and fixed electronics
Wai Ki Wun, clarinet
“Every two years, a six-day carnival is held in a small Colombian town called «Riosucio». A carnival in which the Devil himself is the main figure and host; not as the commonly known biblical and malign force, but rather as a satirical, hedonistic and irreverent being who welcomes everyone to join in for celebration: a celebration that, in its core, is as structured as any other ritual or ceremony. It is then, in the spirit of capturing the excitement and eccentricity of this weird festivity, that «¡Carnaval del Diablo!» is brought to music and pays tribute —in a very strange manner- to diversion, euphoria and pleasure." 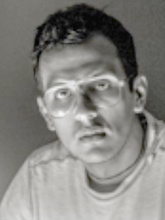 Strongly characterized by a deep interest in approaching a wide variety of poetics and aesthetics, as well as delving into ways to engage the audience in multiple perceptive levels, the music of composer Felipe Tovar-Henao (b. 1991) has been consistently awarded throughout his emerging professional career. In 2016 he was accepted to attend the Institut de Recherche et Coordination Acoustique/Musique (Ircam - Paris, France) for the CIEE Summer Contemporary Music Creation + Critique Program where he had the opportunity to develop in depth his knowledge on computer music techniques.     In 2014 he was commissioned the piece «Tubiphona exequialis» Images for brass ensemble, percussion and celesta by Colombian-born conductor Andrés Orozco-Estrada, in collaboration with the Orquesta Sinfónica EAFIT and the Orquesta de la Red de Escuelas de Medellín. In 2013 he was also rewarded with a creative grant by the Medellín Administration, in order to write the song cycle for mixed choir «Cinco cantos Embera-Chamí».     He has studied with composers Andrés Posada-Saldarriaga (Colombia) and Marco Alunno (Italy-Colombia), and graduated in 2015 with a degree in Music Composition from Universidad EAFIT (Medellín, Colombia) where he also received high honors for his thesis composition and was awarded an Honor Graduate Tuition Fellowship to pursue his graduate studies at the same University.     Sponsored by the Foundation Fraternidad-Medellín, Orquesta Filarmónica de Medellín, COLFUTURO, Ministerio de Cultura de Colombia, and Indiana University, he is currently pursuing a M.M degree in Composition at IU - Jacobs School of Music, in Bloomington, IN, where he studies with American renowned composers Claude Baker and Don Freund.
Signals and Systems
Luke KOTTEMANN (Iowa)
Amalia Helmkamp and Andrew Willette, violins
Gregory Bowen, viola
Doron Tsachor, violoncello

The inspiration for this piece came from a desire to incorporate concepts I learned in a Linear Systems course into a musical composition. Signals and Systems, for string quartet, is my attempt to accomplish this. Linear Systems is a field of study that influences things such as data processing and sampling theory, which makes many of the uses of computers possible. Signals and Systems explores the concepts taught in these courses. 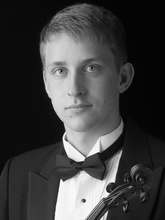 Luke Kottemann is a composer and violinist who is currently pursuing a BM in Music Composition and a BSE in Electrical Engineering at the University of Iowa. Luke’s music has been performed throughout the Midwest by ensembles such as CNM. He is currently studying composition with Jean-François Charles and has studied with Nomi Epstein, Josh Levine, David Gompper, Lawrence Fritts, Joshua Marquez, and Nima Hamidi.

In his recently composed “sonata no.1,” Maksym Mahlay explores seven motifs as well as three colors: black, fire, and gold. The sonata does not follow traditional sonata form, but consists of a large development, exposition, and a coda. In addition, the composer interconnects all harmonies and rhythms throughout the piece.
All seven motifs appear early in the development section. Their embellishments resemble more of a 'reverse development,’ as they break down to their purest forms. This development ends with a climax revolving around the D flat and G tritone, which quickly fades away. The exposition reveals the main motif of the piece, and the coda wraps up the sonata with a haunting D dominant chord. 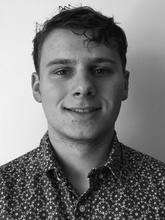 Maksym Mahlay is a freshman year pursuing a double major in piano performance and composition. A recent graduate of the Cleveland Institute of Music Preparatory Department, Maksym has participated in piano and composition competitions, most recently winning 2nd place at the annual “Carl E. Baldassarre Composer/Performer Competition.” Maksym has also served on junior juries and masterclasses, most recently serving at the Cleveland International Piano Competition, where he performed for internationally acclaimed pianist, Andrea Bonnata. Maksym currently studies piano with Michael Chertock, Professor of Piano and Chair of Keyboard Studies at CCM.

breathe…blow…break places the audience immediately in a breathy and dreamy world, and at the same time introduces the economized set of materials that are the basis of the entire piece. Out of harmonic ambiguity emerge lines of poignant yet restrained lyricism shared between all members of the quartet. Gradually, the textures and harmonies develop increasing tension as the germinal materials are sequenced repeatedly in a non-tonal and original procedure developed by the composer. Gentle breath sounds become harsh and noisy as the motivic material is energized in a fast and agitated middle section. After reaching a dramatic climax, the slow opening texture returns, but transformed harmonically. Throughout the piece, the musical ideas always react to each other and develop organically, yet ultimately yearn to be made new. At the conclusion, the voices of the quartet ultimately break in resignation. 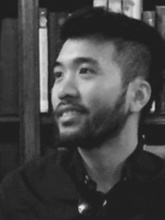 Baldwin Giang’s music aims to empower communities of audiences and performers by creating concert experiences that are opportunities for collective wonder and judgment. His music has been performed by such celebrated performers as the Arditti Quartet, JACK quartet, the Argento Ensemble, the Yale Symphony Orchestra, the Opera Theatre of Yale College, and the [Switch~ Ensemble] at venues across the US and Europe. Baldwin (b.1992) is a recent graduate of Yale University, earning a B.A. with Honors in Music and Political Science. Baldwin is currently a Regent's Fellow at the University of Michigan, Ann Arbor, pursuing a Master's in Music Composition.

Music Diary is a composition meant for entertainment. Instead of using words, I attempt to capture interesting moments from my daily life through music. The idea of the first movement comes from girls’ talk. Not only does the soprano giggle and laugh, but other instruments imitate the sound of girls coming together to gossip. The second movement is called “Sleepy Rehearsal.” In my school, the choir rehearsals are usually in the afternoon, the sleepiest time for students. I paraphrased one of the “conductors’ favorite” warm-up exercise for choir, creating a relationship between the soprano and other instruments when the choir sings back what the piano plays. By getting more and more sleepy, the soprano finally cannot follow and falls asleep. The third movement is an intermezzo, which is about dreaming in the dawn. The fourth movement is about a Bloomington bus driver who always sings out the names of bus stops in funny tunes. “College mall”, “Hunter ridge”, and “Psychology” are all names of bus stops. In this movement, I used exactly his tunes for the names as I remembered. 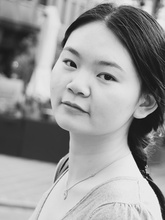 Born in 1990 in Beijing, China, Li Qi holds a BM degree in composition at Jacobs School of Music. Her teachers include Don Freund, Sven-David Sandström, Claude Baker, Aaron Travers, P.Q. Phan, and ZHENG Yang. Recent activities include two performances of An Autumn Dusk in the Mountains…, commissioned by the Composers Conference at Wellesley College, performance of Tristis est anima mea, commissioned by Miguel Diniz (Portugal) for SSAB Choir, and performance of her arrangement Yummy Music for IU Kids Compose by IU Concert Band. Her works have been performed in the Midwest Symposium in Cincinnati, the HighSCORE Festival in Italy, the Composers Conference at Wellesley College, the “East Meets West: A Concert of New Chinese Music” at IU Art Museum, and so on. In addition to the Bachelor degree in music composition she is pursing, Qi has obtained a Bachelor degree in computer science and technology in 2012 and also received scholarships from the Communication University of China.