Please join us for a reception in the North Room, which can be found on the first floor in the far northeast corner of the IMU

The poem Herbst (Autumn) was written for Jerry Blackstone and the University of Michigan Chamber Choir. 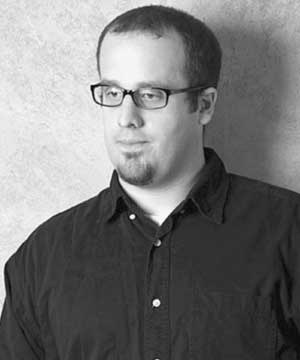 David Biedenbender is currently a doctoral student in music composition at the University of Michigan and has been fortunate to have many incredibly supportive and encouraging mentors for which is he very grateful. His first musical collaborations were in rock and jazz bands as an electric bassist and in jazz and wind bands as a bass trombonist and euphonium player. His present interests include working with everyone from classically trained musicians to improvisers, fixed electronics to live brain data.

Qurama is an ancient handicraft of Azerbaijan, a kind of patchwork made of cloth scraps of various sizes and colors. The etymology of the word 'qurama' also contains a meaning closer to 'construction' in English.

Ideas of working with different shapes and colors, adding multiple layers on top of each other or subtracting, separating them, exploring different time concepts and listening experiences are important to the compositional processes of this piece.

This piece is dedicated to Lale khanim and Mezahir bey Avshars, Turkey-based painters and sculptors from Azerbaijan, friends of my family. 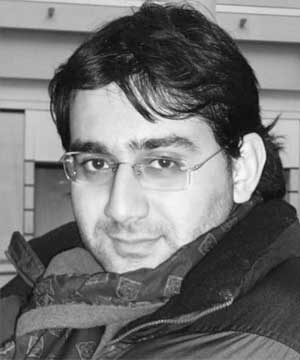 Turkar Gasimzada, a composer from Azerbaijan, currently lives in Cincinnati, Ohio. He received his MM degree in composition from Manhattan School of Music, New York, and is now a DMA student in composition at University of Cincinnati, Conservatory of Music. Gasimzada was a finalist at the III ALEA International Composition Competition, Boston University, Boston, USA (2012); a winner of the International Composition Competition "Unique Forms of Continuity in Space", Italian Institute of Culture, Melbourne, Australia (2010); winner of the Jordan Berk Memorial Prize, Manhattan School of Music, New York, USA (2010); winner of the 5th "Crystal Kamerton" Union of Composers of Russia, The Moscow State Conservatory, Moscow, Russia (2006).

Tens of thousands of years before the written word or the invention of agriculture, anatomically modern humans began painting deep within the caves of southern France and northern Spain.

Almost entirely depictions of ice age animals, these powerful and mysterious images are both elegant and abstract, remarkably sophisticated and deeply expressive. Though we may never know the full story behind these paintings, they are a testament to the creativity of the human spirit and of our innate desire for artistic expression.

My goal with "Cave Paintings" is to evoke the beauty, drama and mystery of these ancient images, to imagine the mythology and spirituality of their creators, and to honor the incredible sense of wonder and awe that these paintings continue to inspire in me. 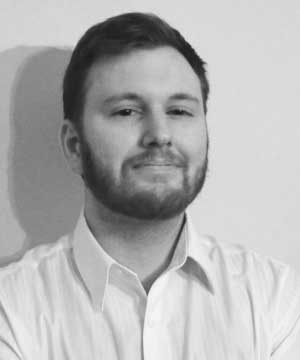 Chris Renk grew up in Iowa City where he demonstrated a love for music at an early age. As a teenager, he studied clarinet with world-renowned pedagogue and scholar Himie Voxman and was active in orchestra, chorus, band and jazz band. In 2005, Chris graduated with distinction from St. Olaf College in Northfield, MN with a Bachelor's of Music degree in Music Education. At St. Olaf, he studied composition with professors Justin Merritt, Timothy Mahr, and Peter Hamlin, as well as conducting with Anton Armstrong and Steven Amundson. In 2009, Chris received his Masters of Music in Composition from Indiana University where he has studied with professors Claude Baker, Don Freund, David Dzubay, P.Q. Phan, and Aaron Travers. Chris is currently pursuing a Doctor of Music degree in Composition at Indiana University.

I arrived at the title while sitting on the shore of Lake Superior. Though I've visited this lake countless times, I'm always mesmerized by its power and serene beauty. You don't just see this Great Lake; it's a feeling you experience with all of your senses.

While there are certainly melodic and harmonic motifs used throughout the work, the larger unifying themes present are a bit more abstract. One main theme is the idea of colors blurring into each other. This was inspired by the place on the horizon where the water appears to blend right into the sky. Moments of tension and release can be attributed to a number of things such as waves crashing to the shore or the imagery of what might lie beneath the water's surface. Above all, I believe the most prevalent theme of the piece is its pensive, introspective feeling, which is exactly the same feeling that comes over me upon each visit to Lake Superior.

Pale Blue on Deep was named an "honorable mention" in the 2011 CBDNA Young Band Composition Contest. 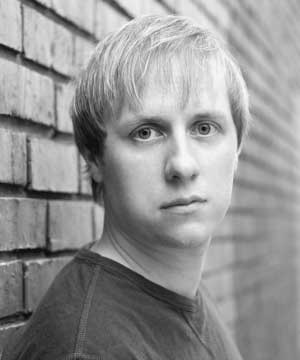 A few years back I read a book about super cave exploration, in particular an expedition that descended the Mt. Everest of caves, the deepest point in the deepest cave on earth. Towards this endeavor climbers spent weeks at a time underground often in complete darkness, and deafening sound (due to extreme wind or underground waterfalls). These cave expeditions are as deadly as the most extreme mountaineering summits. What I found most intriguing about the book was an experience all ultra cavers have at some point in their career, a phenomenon known as "The Rapture." After weeks underground absent of the normal circadian rhythms of life climbers experience a near crippling onset of emotion. This experience is described as exponentially worse than a panic attack, a near religious experience.

While this piece is neither about religion or super caving, what I did want to capture was the blueprint which I think is a fundamentally human experience, the onset of extreme emotion without a clear catalyst. As in extreme emotional states, elements in this piece are magnified and echo throughout. 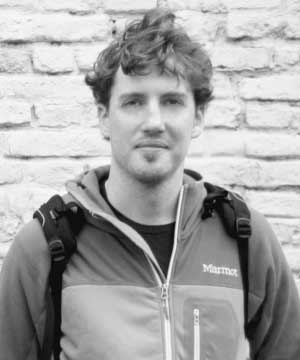 Originally from Seattle, Patrick Harlin has composed and played piano since age seven. Patrick is currently completing his DMA at the University of Michigan where he studies with Evan Chambers. Former teachers include Michael Daugherty, Bright Sheng and Roger Briggs. Recent performances (2012) include Shadow Dancer for Alarm Will Sound, and Marea Alta for La Orquestra Metropolitan de Cordoba, in Argentina. Recent awards and residencies include a Lightworks best original soundtrack, CAP Grant from New Music USA, and a residency at the MIZZOU New Music Summer Festival. For more information and recordings, visit www.patrickharlin.com.