was originally written for trombonist Shelby Kifer. The piece was written in September 2012 as part of the University of Iowa's 24-hour composition project. The entire contrabass trombone range is covered, from A0 to F4 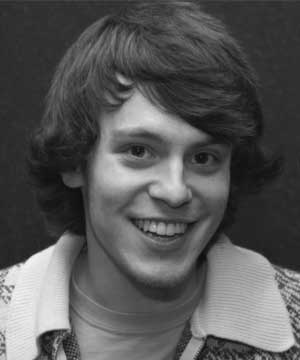 Justin Comer graduated in 2012 from Coe College with a B.M. in Composition and Saxophone Performance. He is currently pursuing a M.A. at the University of Iowa. His composition teachers have included Joseph Dangerfield and David Gompper.

We Knew To Plant A Seed Before Him

This piece is dedicated to Erik Santos. I couldn't have finished it without his encouragement and guidance. 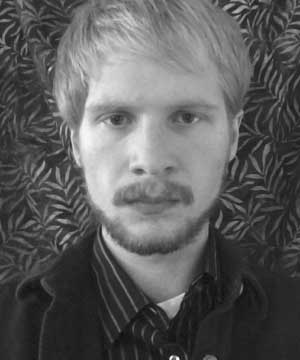 "One must not put a loaded rifle on the stage if no one is thinking of firing it". - Anton Chekhov. 'Chekhov's Gun' was premiered by Matt Levine in November 2011 at Indiana University in Bloomington, Indiana. 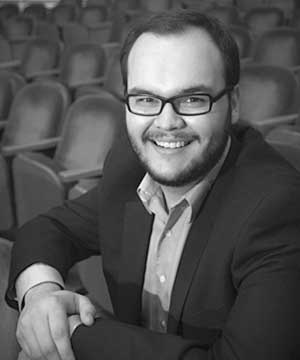 Jay Hurst is a composer and saxophonist from Orlando, Florida. Mr. Hurst received a Bachelor of Music in Theory and Composition in May 2011 from Stetson University, and is currently pursuing a Master's in Composition at Indiana University. He has studied privately with composers Claude Baker, Aaron Travers, Don Freund, Sydney Hodkinson and Manuel De Murga. He has also participated in masterclasses with Christopher Theofanidis, Ricardo Zohn-Muldoon, and Harvey Sollberger.

is a short work for piano trio which I began last April when given the opportunity to have a miniature read by the Boston-based Trio Cleonice. I spent the summer expanding this material in the form of a set of theme and variations, which ebb and flow between contrapuntal and timbral explorations of the ensemble. The title pays homage to the aforementioned prose work of Charles Baudelaire. 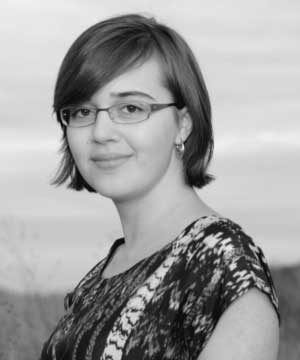 Rachel C. Walker is a composer, clarinetist, and pianist from Cape Cod , Massachusetts . Her music draws inspiration from such sources as the Anglican Renaissance, literature, and Charles Ives, seeking to amalgamate traditional form and impulse with rhythmic vitality and fresh harmonic outlines. She is currently studying composition with Professor Douglas Knehans at CCM.

The title translates as: let yourself fall, and is taken from the Spanish poem Árbol de Diana by Alejandra Pizarnik: 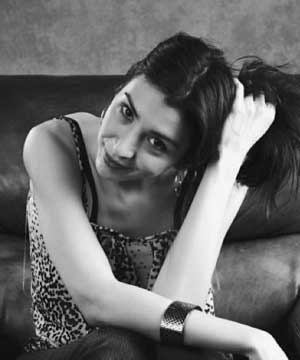 Carolina Heredia, a native of Argentina, is a second year MM Composition student at the University of Michigan. She obtained a Licenciature in Composition at the National University of Villa María (Argentina) and a Bachelor in Violin Performance from the Cordoba State Conservatory (Argentina). She has received numerous performances in both the United States and Argentina. Her String Orchestra piece "Reincidencia" was premiered by the Cordoba String Orchestra in June 2012. During the same month she curated a chamber concert in Cordoba City featuring pieces of her, John Boggs, and Bret Bohman. She has studied composition with Erik Santos and is currently working with Michael Daugherty (with whom she is working on her thesis.) She also studied electronic music with Erik Santos and Evan Chambers.

Thought Disorders (TD) is a term for incomprehensible language that is presumed to be as a result of disordered thinking. This piece is a set of short piano studies, each musically representing a different one of these disorders. 'Thought Blocking' Sudden interruption of train of speech before completion. 'Derailment' Disordered speech that is a sequence of unrelated or only remotely related ideas. 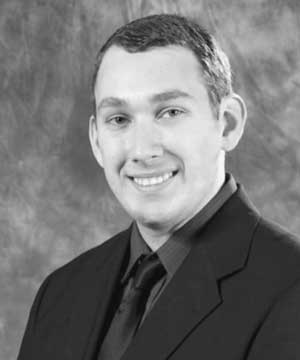 Matthew Browne holds a BM Music Composition from the University of Colorado at Boulder. His music is largely neo-romantic, and draws upon styles of past composers such as Gustav Mahler, Dmitri Shostakovich, Samuel Barber, and John Corigliano. He has written for many diverse groups, large and small, including the Symphony Orchestra, String Quartet, and Wind Ensemble. His music has been performed for, and given masterclasses by various renowned artists such as Otis Murphy, George Crumb, and the Kronos String Quartet.

Over the past five years, Matthew has completed many new and diverse pieces, as well as several arrangements. In 2007, he received 3rd place for his Symphony for Concert Band (re-arranged as Sinfonietta for Orchestra) and an honorable mention for his Ostinato for Saxophone Quartet in the 13th annual Pikes Peak Young Composer's Competition. In 2008, he was the recipient of the University of Colorado College of Music Dean's Undergraduate Commission prize for his Variations on a Theme by Johannes Brahms for mixed octet. He is currently pursuing his Master's degree in Music Composition from the University of Michigan-Ann Arbor. Previous teachers include Daniel Kellogg, Carter Pann, and Kristin Kuster.

is a poem written by Ann Marie Thornburg, a University of Michigan Graduate Fellow in the Poetry department. Set in a rural mountain town, the poem observes the domestication of a fox as a cruel stripping of its freedom. The text begins with a somewhat frantic debate about whether to let the fox live or be captured and domesticated. After it is decided to let the fox live, the color of the poem changes drastically and the text becomes almost elegiac, mourning the animal's existence as a subservient animal. 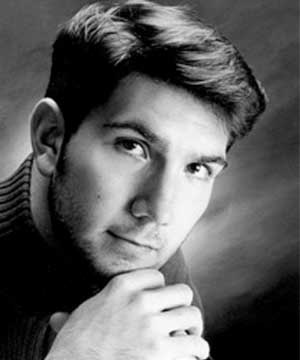 John Boggs is currently in his second year as a MM in Composition at the University of Michigan in Ann Arbor where he studies with Michael Daugherty and Kristin Kuster. He obtained a BA from Bard College where he studied composition with Keith Fitch and Joan Tower. His orchestra piece Noctis was premiered by the American Symphony Orchestra in May 2010, conducted by Leon Botstein. In November 2010 he was named the Ohio Music Teacher's Association's "Composer of the Year," and his commissioned piano trio "Couloir" was premiered at the state conference at Bowling Green University in October 2011. He and fellow Bard composer Conor Brown started a five-member Balkan Rock/Sun Metal band, Fifth Veil, which released its first album, "Lanterns", in May 2011. He was the recipient of the 2012 Brehm Prize in Choral Composition, and his setting of the Magnificat and Nunc Dimittis will be premiered by the University of Michigan Chamber Choir in October. His music has been performed by the American Symphony Orchestra, Da Capo, the Colorado String Quartet, Matisse Quartet, and new music ensemble Contemporaneous.

is composed of five short pieces. With minor and major second intervals, it is attempted to explore various gestures of rubbing sounds within each piece. 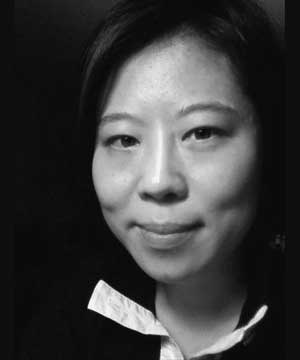 Hye Jung Yoon was born in Seoul, South Korea. She received her BM and MM in composition from Ewha Woman's University. Her special interests include acoustic chamber and orchestral music, and interactive computer music. She is currently pursuing a DMA in composition at the University of Cincinnati College-Conservatory of Music.

"Does 'eternal' springtime exist?" I asked myself when I saw the sculpture "Eternal Springtime by Auguste Rodin (1840 - 1917). Spring comes and summer follows. All the green disappears. The warmth and freshness are covered by the burning sun. It doesn't seem as if eternal spring exists…yet, the sweetness and beauty of spring may exist in our hearts forever. Or memories of and in spring. Eternal Springtime is the third one of my four seasons; first, Winter Sketches (2008) for String Quartet; and second, autumn leaves canvas (2010) for solo harp. 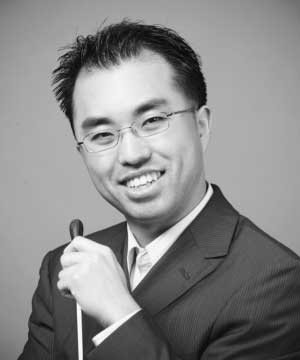 is based somewhat loosely on material composed for my own Conformity #3. In the fashion of Pierre Boulez, this piece is not an arrangement or reorchestration, but an attempt to grow a new tree from broken branches. The idea of "deformity" has always been one of my greatest fears - at times almost a phobia - the main subject of recurring nightmares. 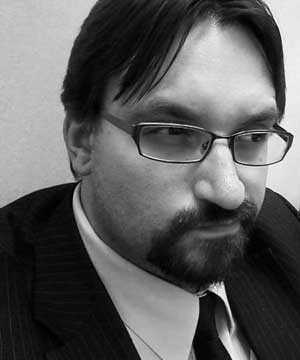